As neither of us were feeling particularly spectacular this past Saturday, we decided to eschew our original museum-oriented plans in favor of visiting the canal Saint-Martin area.

The Purrito had been asking me if I wanted to go in the months previous; I admit, however, to having little interest until I learned (thanks, Stéfane le shrimpie and musée des égouts) that it wasn’t an Erie Canal-type operation (which is to say, an overgrown drainage ditch without even the charm of a donkey or two, owing to the contemporary setting), but rather a decent-sized channel that featured a couple of sets of locks.

The canal wasn’t the only thing in the area; the Purrito hinted at its hipster nature in her statement that “there’s shops and cafés that are of interest to me, and there’s mechanical bullshit for you. Something for everyone.”

One of the locks. 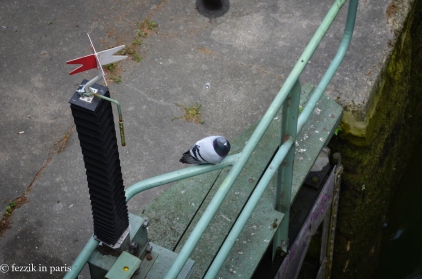 This guy seems fairly impressed with the setup.

Establishing shot of the vehicle bridge over the canal. Bonus: VW truck that isn’t imported into the states. 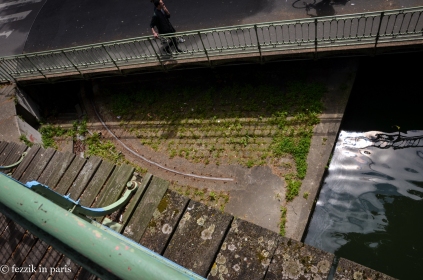 That thing has to move. That rail is involved.

A picture of the gate under the bridge on which I was just standing. 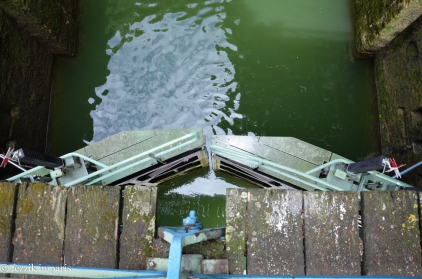 …back atop the bridge. It definitely moved.

Not quite a lovely boat, but a nice boat nonetheless, homeported in Germany.

The Kenny Loggins music kicked in as I approached this sign.

This reminds me of that scene in Terms of Endearment.

Remember the lock from the first few pictures? This is that same lock, full.

She ignored the klaxon and the descending gate and then proceeded to get huffy about having to walk across to the other side of the bridge. 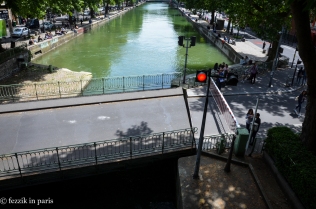 The bridge begins to pivot… 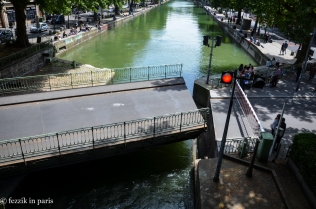 It’s like a Disney ride for pigeons (and it may be in better mechanical condition than most of the rides in Disneyland Paris). 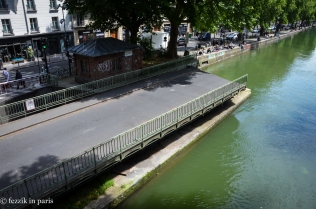