The crypte section is short as said crypte is not terribly well labeled; rather than take guesses, I’ve chosen only to show that which I’m sure of, which admittedly is not everything.

One of the plaques adjacent to the ossuary.

The bottom half of the first plaque. 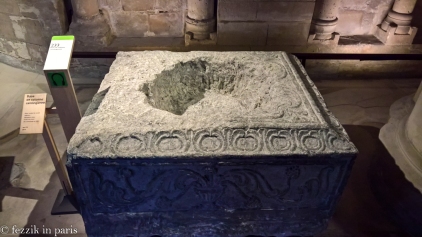 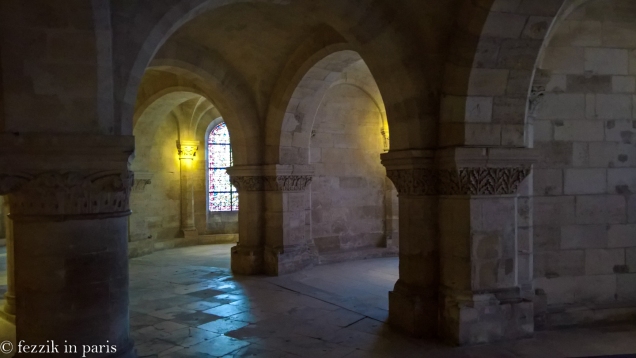 I tripped over a loose floor tile right after taking this; the resulting noise was like something out of Indiana Jones.

This is apparerntly the sarcophagus of la reine Arégonde, the 6th-century wife of Clotaire.

I’m reasonably certain that this was dedicated to Louis XIV.

The last of the Bourbons.

The original cemetery upon which the 5th century church was built.