It will come as a surprise to precisely nobody that The List remained untouched this past weekend; while six weekends might not be statistically significant from a trend standpoint (then again, given the data set…), we have been lousy followers of The Calendar (read: The List, evolved).

That said, Saturday was spent gathering materials of a last-minute nature.

Monday evening saw us return to Versailles yet again, though this time was a touch different; not only was Versailles closed, we were in “quality baroque costumes” (as evidenced by the deposit; 1700€ between the two of us) for the fêtes galantes, otherwise known as a-bunch-of-adults-dress-up-like-Louis-XIV-era-French-aristocracy-and-run-around-le-château-de-versailles.

We had quite a bit of fun.

While the original plan entailed getting ready at home (clothing of the time period: very heavy), heading over to Versailles via the RER C, partying, and then heading back home, we modified the plan such that we grabbed a hotel room in the vicinity of the château. Our plans to ride the train over there were further modified when we cemented our status as rain totems (it has begun flooding in Paris while it continues to flood in Texas). Thus we climbed into the Uber with an unholy number of (heavy) bags and proceeded to check into the hotel, which is where we ended up readying ourselves for the fête.

The actual party was a whirlwind.

Food was the sole disappointment of the evening; while our tickets said unlimited champagne and access to the buffet, and the champagne proved to be indeed unlimited, the buffet was limited to lousy apéros, and there was not a macarron to be seen (food-wise, I was expecting at least a roasted chicken and maybe pheasant). We largely abandoned our original champagne consumption plan, though it was actually quite good (Deutz, to their credit), due to our mostly-empty stomachs.

I would undoubtedly shave my legs, wear tights, grow a beard, shave said beard (I needed the louis xiv moustache), wear makeup, and slog to the château in the rain again.

I would just make sure to eat right before we arrived. 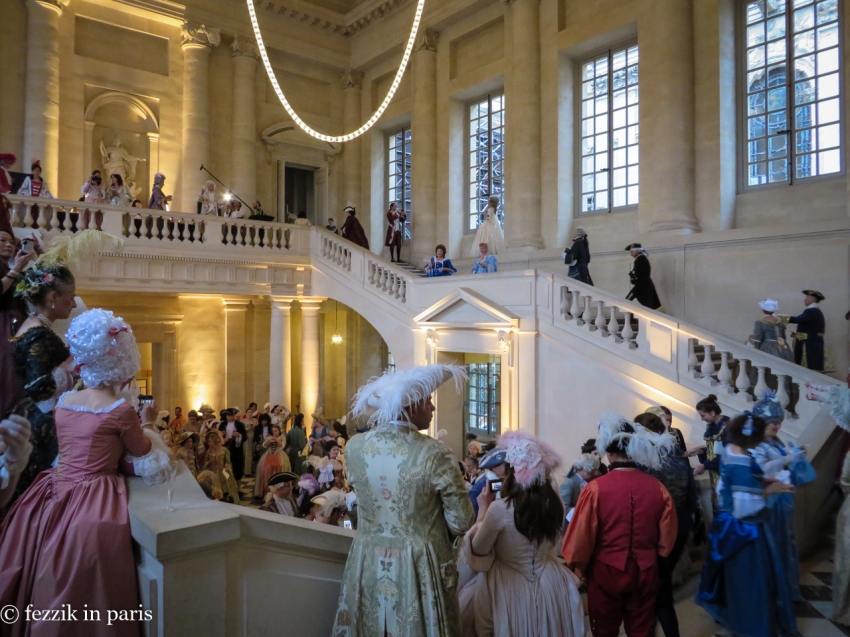 Making our way up the entrance stairs. 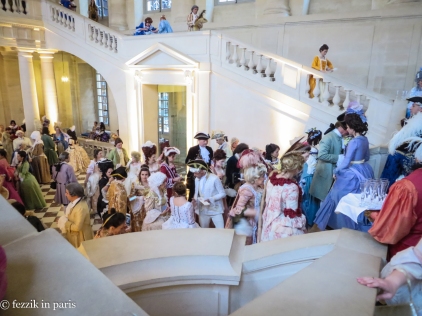 We’re not in a rush. 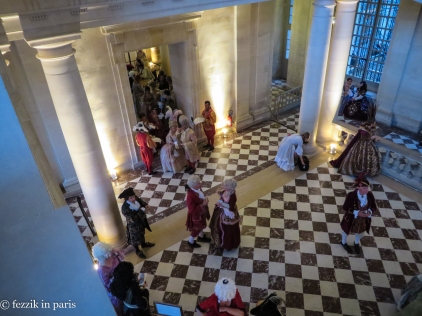 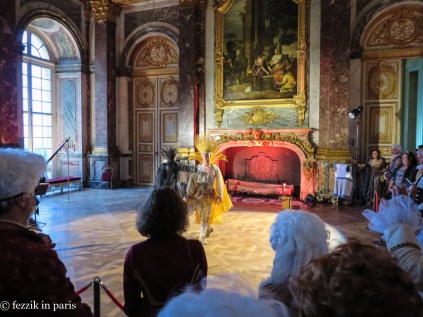 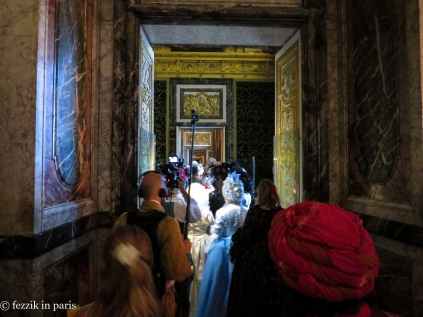 We wound up following this camera crew around for a while. 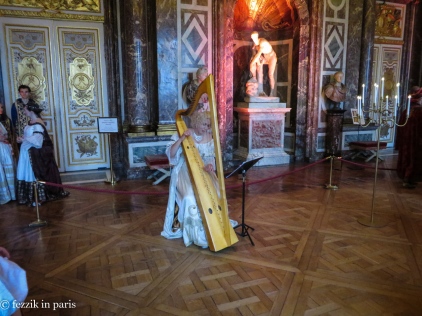 I have little doubt that there is a specialized term for a player of a harp, but I am going to use the term harpist. 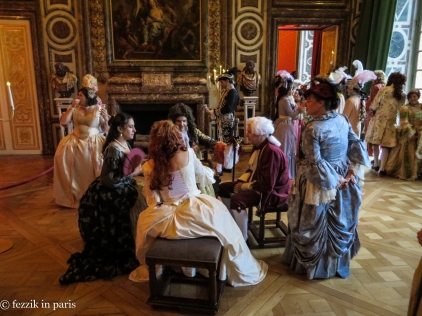 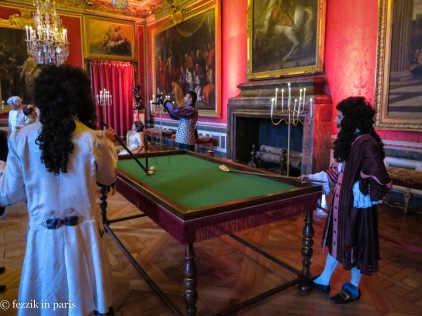 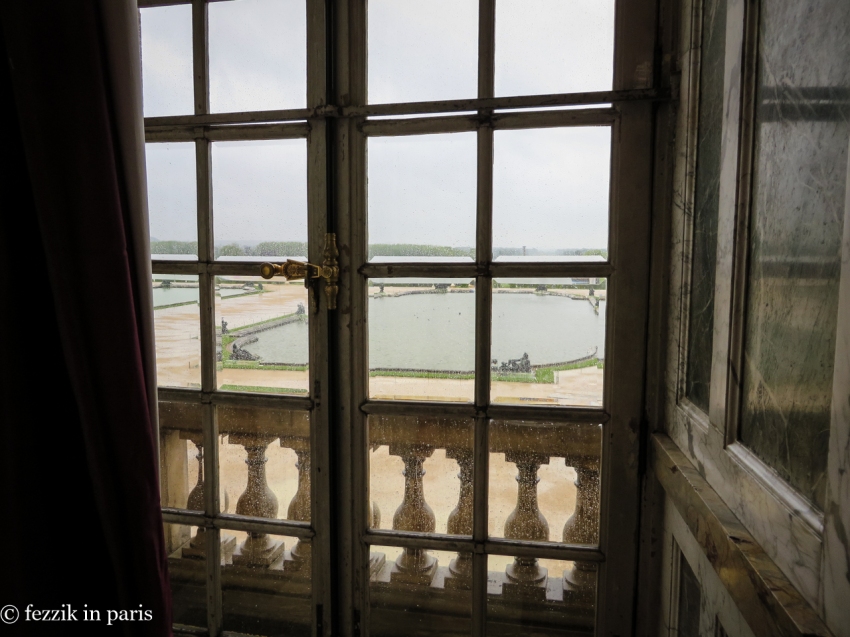 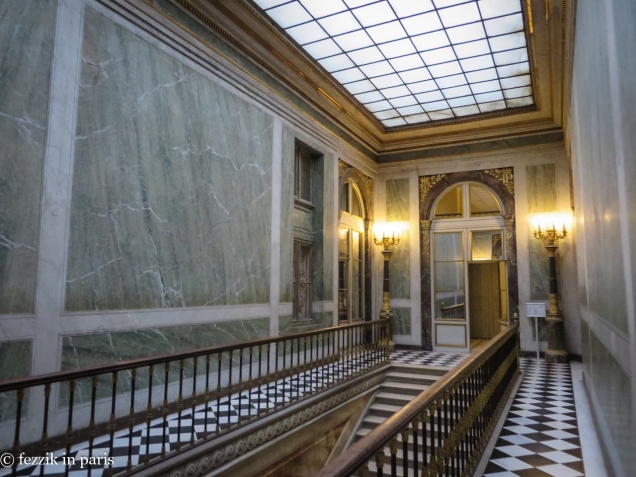 A corridor that one is not usually allowed to see, courtesy of our tour of the courtesan quarters. 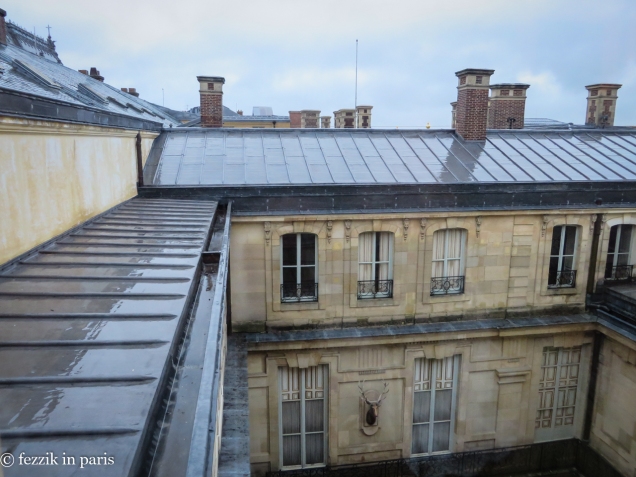 The back of Madame du Barry’s appartement. 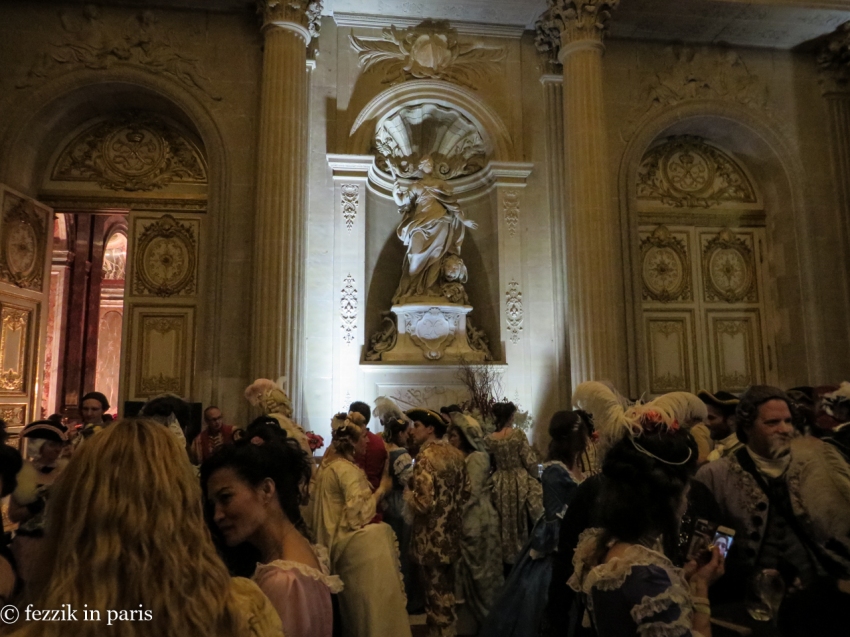 Since there was effectively no food, I figured I would instead take pictures of the wall. 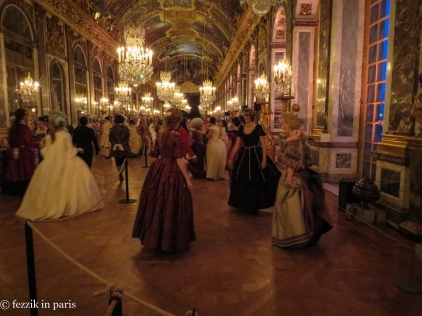 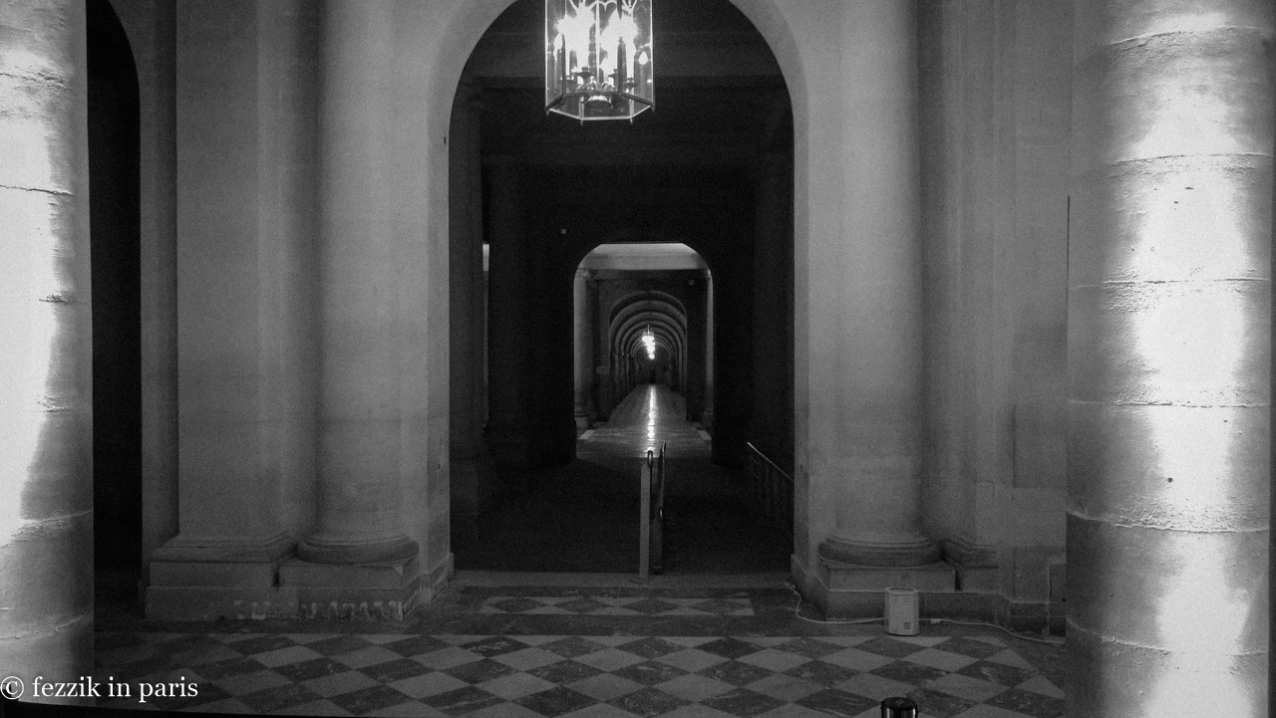