Years from now, when I look back at our brief time in Lyon, I’m probably going to remember two things: first, that it was hot (surprise, surprise, more-southern France is indeed toasty in the summer) and second, that we hiked all the way back across town to retrieve a wooden lion that I had purchased from the top of Fourvière hill, but which was unceremoniously left (along with a sachet of Lyonnaise candy, two bars of savon de Marseille, and our bright orange bag from il Duomo in Florence) in a Subway of all places (French subway: still a shitty place to eat (full disclosure, because for once I was not responsible for picking the shitty place at which we ate: I wanted the pasta place next door, but the Purrito had hoped that a salad from Subway might be more palatable than the one on display in the pasta place)). The bag, which had apparently slipped down beside the chair, was only missed when, some 20 minutes later, we walked into Printemps, I took off my sunglasses, looked at her shoulder, where the bag should have been, (as I had intended to put my sunglasses said bag), and said “where is the orange bag?”

This was not the point at which we decided to rescue the lion, however; I admit that my original intention was to abandon him, owing to the heat and our general fatigue. The Purrito offered to hike back and retrieve the bag, but I objected on the basis that I could return to vieux Lyon and be back much faster than she could; in the end, we grabbed cold water and headed back to our hotel on presqu’ile, where I again resolved to abandon my lion to Lyon.

Sitting in the air conditioned room, I reflected on my lion; a silhouette of wood, with dark stain to outline his mane and a piece of rough twine for a tail, he was not even vaguely worth the 18€ that I had paid for him at the cathedral’s gift shop. Even when the Purrito reminded me about the candy and the soap, I found myself relatively unmoved, though it was at this point that I began to check my phone for the estimated distance back to the terrible dungeon in which my lion was now presumably being held. Ultimately, it was probably the combination of 45 minutes in air conditioning, the increase in blood sugar due to the consumption of a Lyonnaise pralinated bread, and the Purrito’s observation that we would be returning home with nothing from a place named Lyon (and yes, lions are on everything, including the city’s seal) if we did not go back for the orange bag. Having confirmed the presence of the bag via telephone, we headed in the direction of vieux lyon once more.

Alternately, I may just remember that Lyon is host to a number of Roman ruins (and a very nice gallo-roman museum) and a funicular, which we (unsurprisingly) rode.

Vieux Lyon at dusk, as seen from presqu’ile. 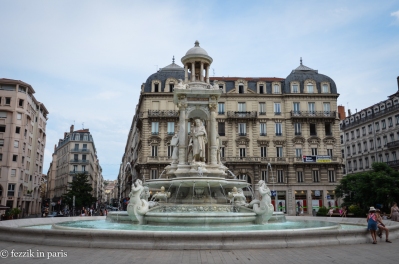 The fountain on place des Jacobins. 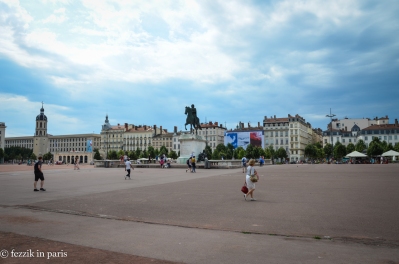 Bellecour is more empty than belle. 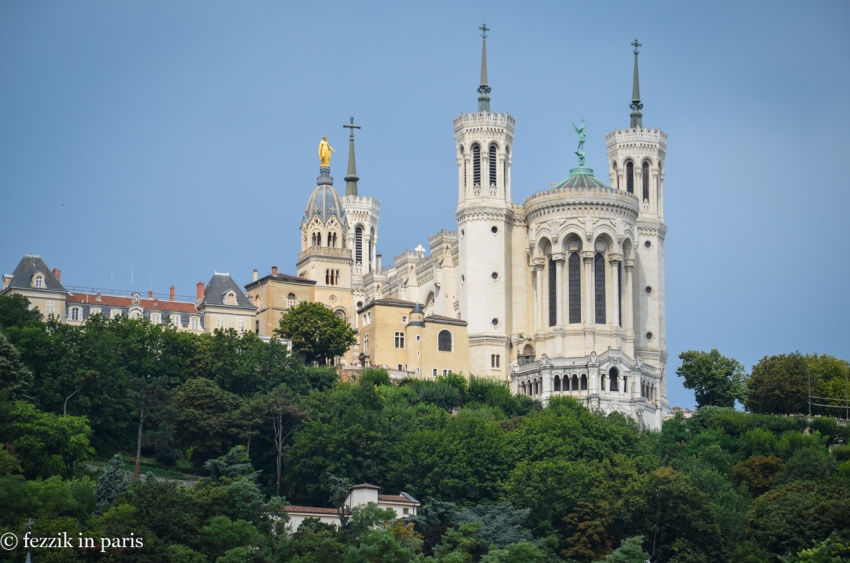 La basilique notre-dame de Fourvière, otherwise known as that bigass church on the hill that overlooks the city.

The inside of saint-Jean. 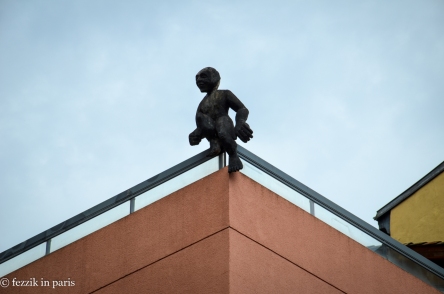 One of many lions.

Lyon does not fuck around: if they say rue du boeuf, you get a vache.

Signs marking the buildings along an old street.

Bellecour, as seen from Fourvière.

You’ve seen this one before, too. 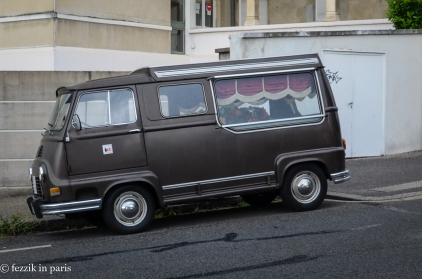 We thought it was simply a Renault-made copy of a VW van. It turned out to be a hearse. 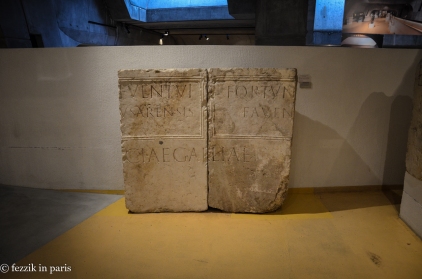 From the musée gallo-romain de Lyon.

The one and only (apparently quite literally) ceremonial chariot.

The Purrito sighed audibly when she saw this picture from the temporary exhibit on construction materials. 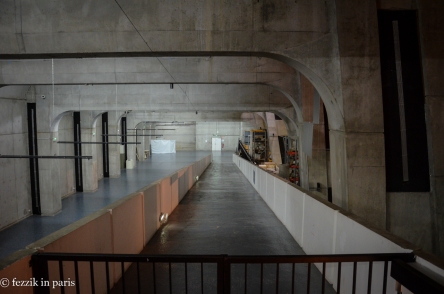 Who curates the musée? Top men.

The musée is built into a hill, but the viewing portals can be seen from the theatre (which is till in use).

It’s a funicular. (Stolen from the Purrito)

Surprise of the trip: it hailed.