Prior to our leisurely walk to le Musée du Luxembourg for the Fantin-Latour exhibit, we hit the market street with two purposes: normal weekend shopping and pre-holiday shopping. After procuring part of the wine, but before hitting the épicerie, we wandered into the boucherie with hopes that it was possible to procure something resembling a small goose.

Throwing the 5.3 kilo bird (complete with head and feet) atop the scale, the butcher laughed as we told him that we were looking for something for the two of us. Just to ensure that we understood how bad of an idea cooking the 103€ goose for just the two of us was, I’m fairly sure that he said that we’d be eating duck for at least the next ten days by repeating “Demain? Oie,” the requisite number of times.

Fortunately for us, canettes (juvenile ducks approximately the size of a chicken) are available, so while my dream of a holiday goose (I’m running on the assumption that anything that has such a tasty liver must itself be pretty damn good) was dashed, I’m not going to complain about duck, even if we won’t be eating it for the next week and a half.

This scene was in the window of an épicerie. I could have done without the undoubtedly earnest attempt at verisimilitude in the form of the head movement of the suckling lamb, just in case anybody is noting this for next year. 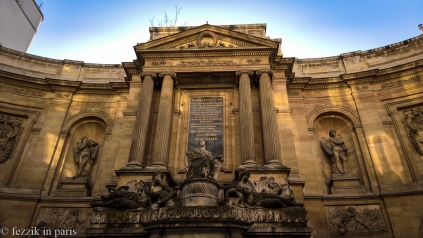 Bubbles out of nowhere.

Now that we’re in the exhibit, here’s the man of the hour: Mr. Henri Fantin-Latour. 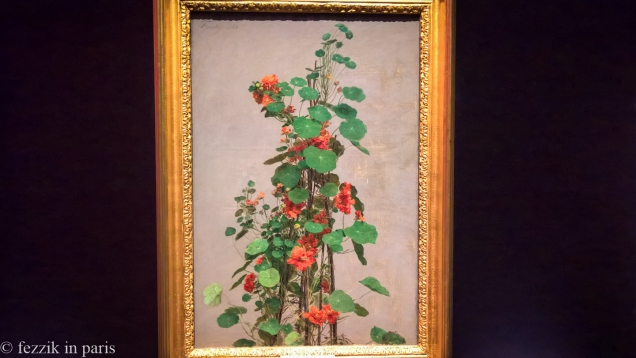 The Purrito was surprised at my like of these paintings, given my overall apathy towards impressionism.

Saint-Sulpice lurks just down the road.