Walking into Les archives nationales, one gets the feeling that while they do technically have a museum with a handful of (actually very exciting) documents on display, most people wander in more or less on a whim, and only because the two main hôtels that make up that particular part of the archives are so nicely preserved. It is thus with a bit of surprise that I can report that their current exhibit, chronicling the abuse of the French national archives (in the Revolution, in the uprisings of 1848, in the commune, in the Franco-Prussian war, in the first world war, and most recently in the second world war) was well worth the six euros each (plus a whopping 2€ for an affiche and a further 10€ for one of the memory games we so like to play when inebriated) that we paid.

While the aforementioned laundry list of civil strife resulted in all sorts of horrors being perpetrated on otherwise defenseless codices, cahiers, ledgers, papers, binders, and other written records, (I should note that the curation displays a wry sense of humor; the section regarding the Revolution-era pillage of the archives also featured the blood-stained desk on which Robespierre spent his pre-guillotine last night) the exhibit injected a needed bit of levity in the form of an experiment that was conducted early in the year in which, with the help of an apparently-amused group of pompiers, the archives decided to see exactly what it looks like when fire is applied to some rather large books and documents (said documents were extraneous duplicates).

As it turns out, that shit burns. 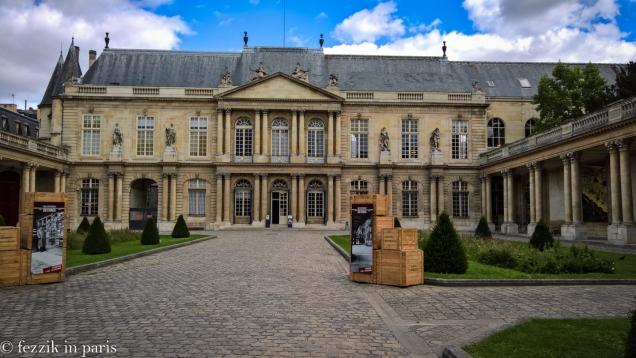 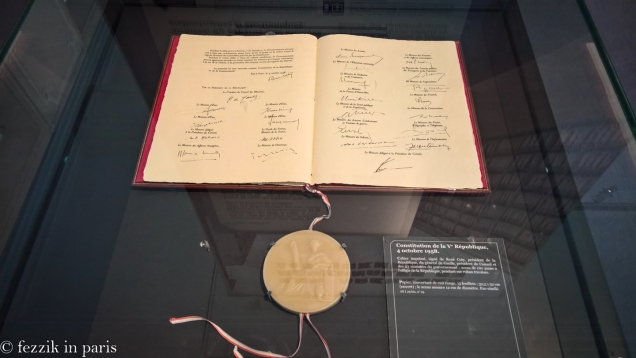 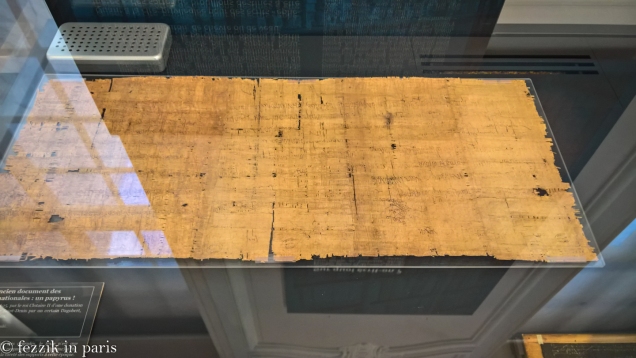 This papyrus isn’t terribly exciting, to be honest. 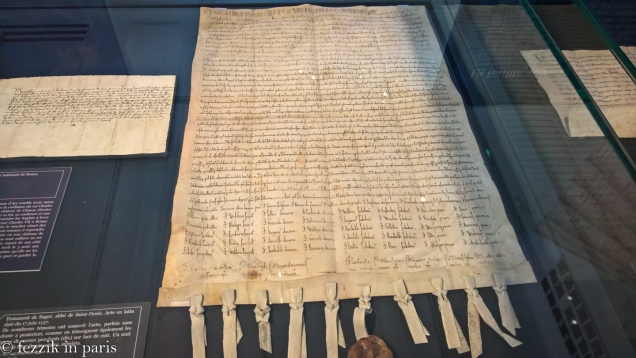 I was, however, unreasonably excited about this replica of Suger’s testament. 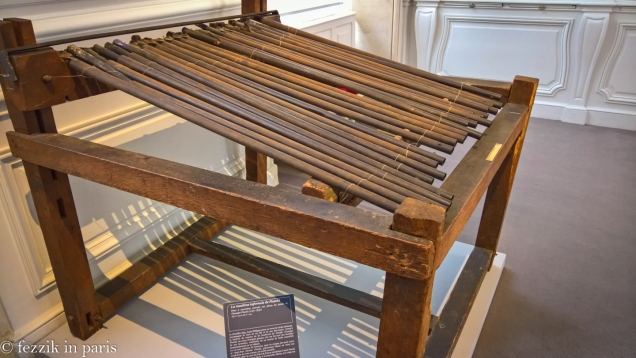 Not a book, but an infernal machine. 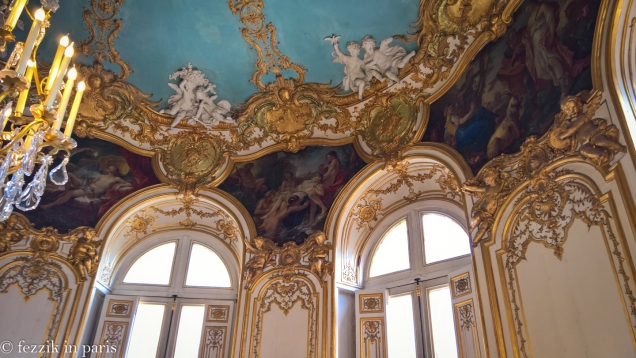 From the hôtel particuliere part of the archives.