We partook of the Bastille day festivities by

Watching the parade was a surprising success, as we elected to skip actually going up to the Champs-Élysées; instead, we camped out south of the bridge that leads to the Place de la Concorde. While this meant that we were only getting half of the parade (it splits after the review stand that is set up at Concorde), it meant that we could actually see, as we were right up against the barricade as opposed to behind a dozen people that had been camped out overnight (which is the preferred method of being able to see along Champs-Élysées). Our only real disappointments with respect to the parade were that we didn’t get French flags (seriously; could not find a street hawker with a damn tricolore) and we didn’t get to see the French Foreign Legion, because the legion doesn’t split up when it gets to Concorde, and thus goes down the other street.

I’m almost a week late with these, so I’ll shut up and get to the pictures.

Diplomacy protip: if you’re the ambassador to, oh, Ethiopia, and your buddy France is having a shindig, you might want to refrain from being late, lest they not let you in. (Epilogue: they let him in, but he had to hike across the bridge as opposed to being driven)

This flyover opened the parade.

The first part of the actual parade comes over the bridge.

A better view of the vanguard.

This year marks the centennial of the start of the first world war. As such, flags of the combatant countries (note the Russians in the foreground) made up the early part of the parade.

Lots of propeller blades on this beast. 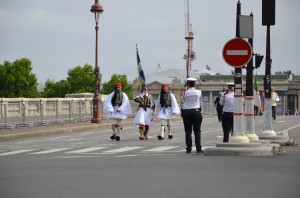 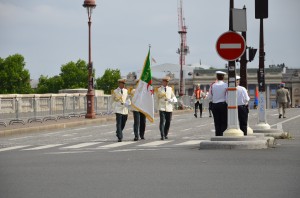 Algerians. The French far right apparently melted down over their inclusion. 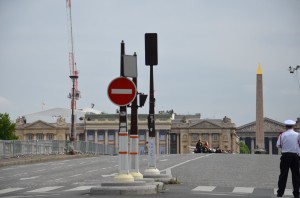 The first wave of French crests the bridge. This group is from one of the military academies. 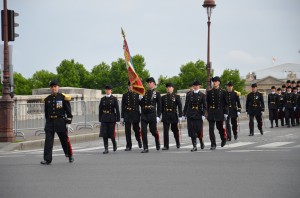 A closer view of the cadets.

Students from another one of the military schools. 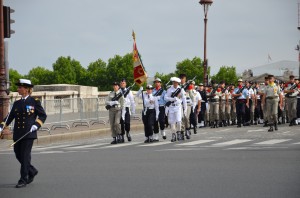 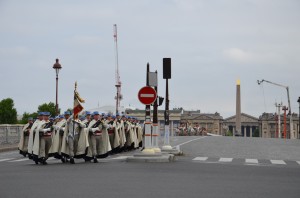 The capes that these guys had were impressive. Fortunately for them, the morning was actually chilly.

Dogs, some with medals.

France is one of the largest arms dealers on the planet (number 5, to be exact).

I probably don’t even need to caption this one: cops. 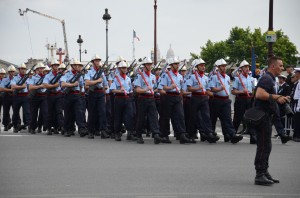 The Paris fire brigade is actually part of the military. As such, they are authorized to shoot at fires, should they fail to respond to being doused with water. 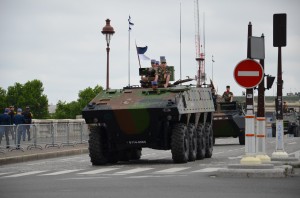 …and now for the hardware (mostly light to medium, as I’d guess that the bridge wouldn’t take well to being rolled over by the heavy equipment). 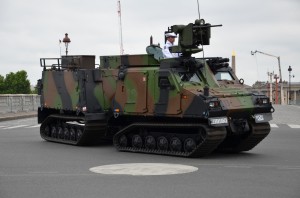 You know that a country has a long history with (in) Africa when truck-mounted SAMs are part of the standard retinue.

Anybody need a bridge? 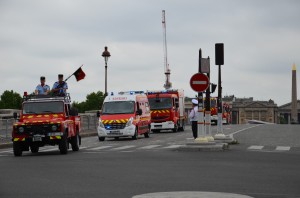 Bringing up the rear of the parade, a unit in WWI-era attire.

A decent picture of the Tour Eiffel prior to the fireworks. 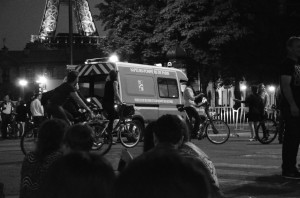 It’s all fun and games until someone needs an ambulance.

The best damn picture I took all day.

We called these “champagne fireworks.”

One thought on “picture dump three”