The Purrito is off at the Musée national de la Marine with her (soon to return to the States) father, which provides me with an opportunity to close the loop on a post that has been open since September of last year. I should, admittedly, go back and fix it, since it effectively just ends, but at this point, it’s firmly entrenched in my head as a testament to how ill I was in September. In any case, that’s one albatross shed. 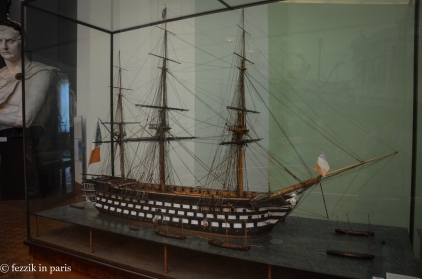 One of the many scale models of various ships of the line. 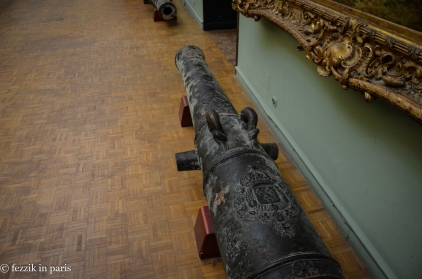 For all of your boat-sinking needs. 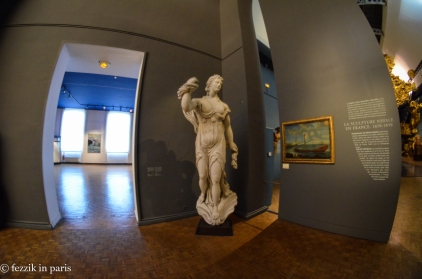 Buxom bosoms and boats are coincident. 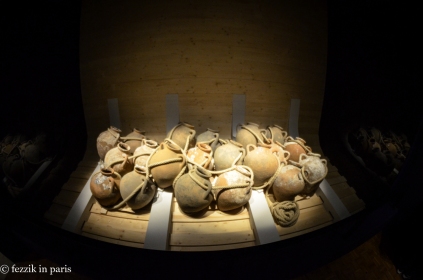 The completed model, as seen in the current From Conatiners to Amphorae exhibit.