The Purrito kindly volunteered to be the gatherer for our traditional Sunday breakfast; I normally go, but am not feeling spectacular due to an apparent sinus infection (oh the joy).

As she entered the flat, bread in one hand and Starbucks in the other, she mentioned that there was a band of unknown provenance at the end of the street.

After we ate, we put on a couple of layers and grabbed our umbrellas before heading out the door. At the intersection of Rue Saint-Dominique and Avenue Bosquet, we indeed found a band. Said band was set up for the amusement of a seemingly endless stream of runners, the vast majority of whom (there were some apparent roadies, for lack of a better term) were participating in the la parisienne run, which is, per the Purrito’s investigation, the largest women-only run in Europe.

I took a few pictures. 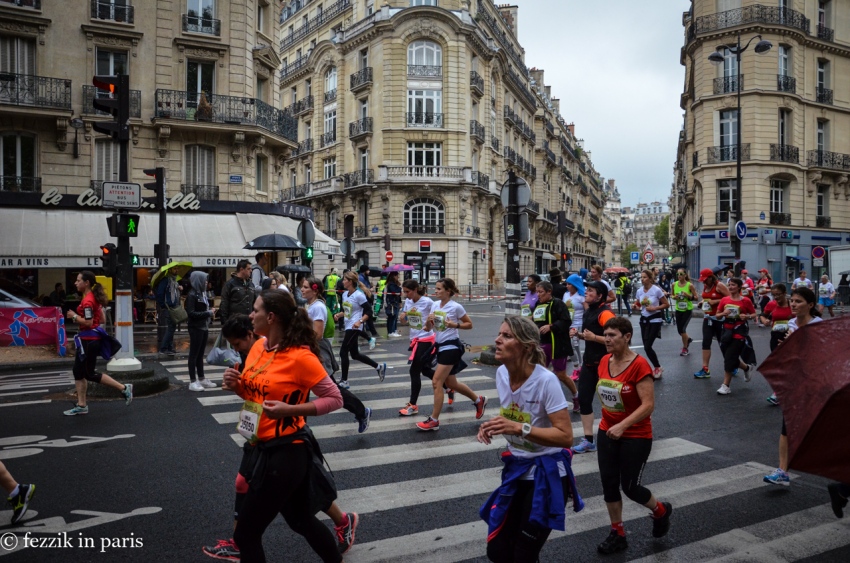 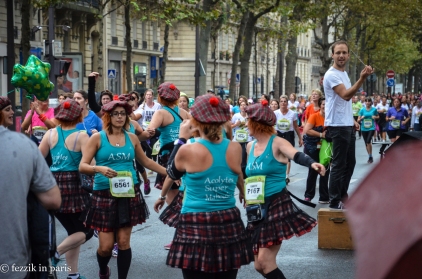 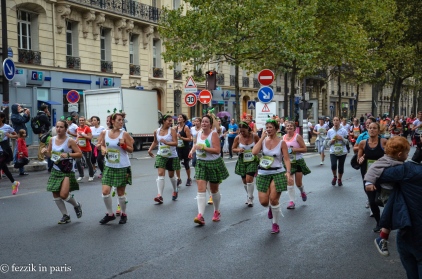 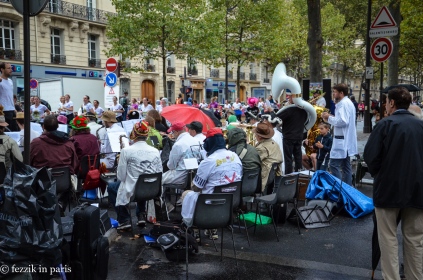 The band playing. (Per their sign, they’re the science faculty band of the University of Paris South).