Our hastily-planned jaunt to Versailles on Sunday evening was the result of a bit of aimless wandering on the Versailles website in pursuit of information about one of their current exhibits, Le roi est mort (a reaction to which I should be writing in 3 weeks or so; The List has evolved to The Schedule).

As the result of this errant curiosity, we found ourselves slugging a glass of champagne and then sitting in an overly-packed (the seating was not well set laid out) galerie des Glaces, watching a symphonic version (read: not staged, but not simply sung either) of l’Orfeo (which is, per wikipedia, commonly performed in this unstaged version for reasons that, as always, are poorly explained and not sourced).

I’ve listened to l’Orfeo a number of times (having been introduced to it by one of the Toll Brothers-Metropolitan Opera Radio Broadcasts – thanks, NPR), but had never given much thought to what was being sung or the content of the opera, particularly since I don’t speak Italian, and it’s now very high on the list of operas that I’d like to see (though I’d like a fully staged version), right behind Tosca and perhaps slightly ahead of the Ring Cycle (Houston Grand Opera, why do you save the interesting shit for when we can’t see it?).

Which isn’t to say it’s a perfect piece; I realized how unbalanced acts I (woo, they’re happy) and II (a snake bit her) are as compared to acts III (Charon is a dick) and IV (she’s not really behind me, is she?), and how hilariously weird Act V is (eh, she’s in hell, but you can look at the stars to remember her… after your ascension).

All of that said, I was enamored of the cast and the music; the messenger made me want to cry as she delivered the news of Eurydice’s death to Orfeo, Pluto boomed convincingly at Proserpina, and Orfeo sang his ass of for the better part of two hours and ten minutes.

Aside from being abandoned by Uber at the end of the evening (I know it was Versailles on a Sunday, but still), we had an (unexpectedly) great time. 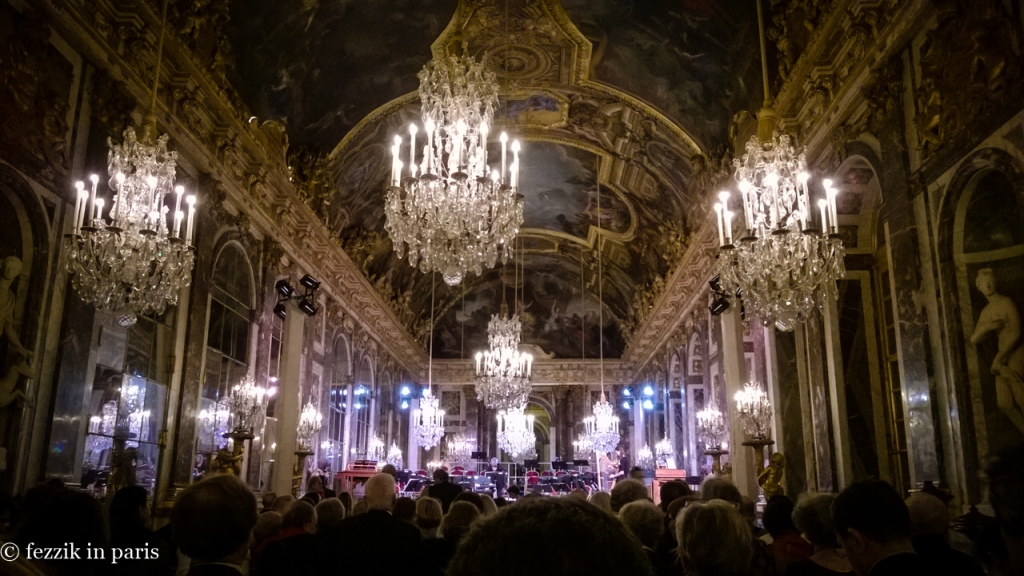 Not a bad venue.