Friday evening found us (finally; the Purrito has wanted to see a film in this theatre for quite a while now) at le Grand rex, for a ciné-concert (read: movie with a live orchestra providing the soundtrack) presentation of the first Pirates des Caraïbes flick.

As Pirates isn’t what one would describe as particularly complex from a story-telling perspective, we were not particularly worried about the fact that we’d probably have to sit through two hours of French that we weren’t likely to entirely understand.

That said, once we realized that it was in VOSTF, the relief was palpable. I’m sure we picked up a few novel French words (le navire, les pourparlers) as well. 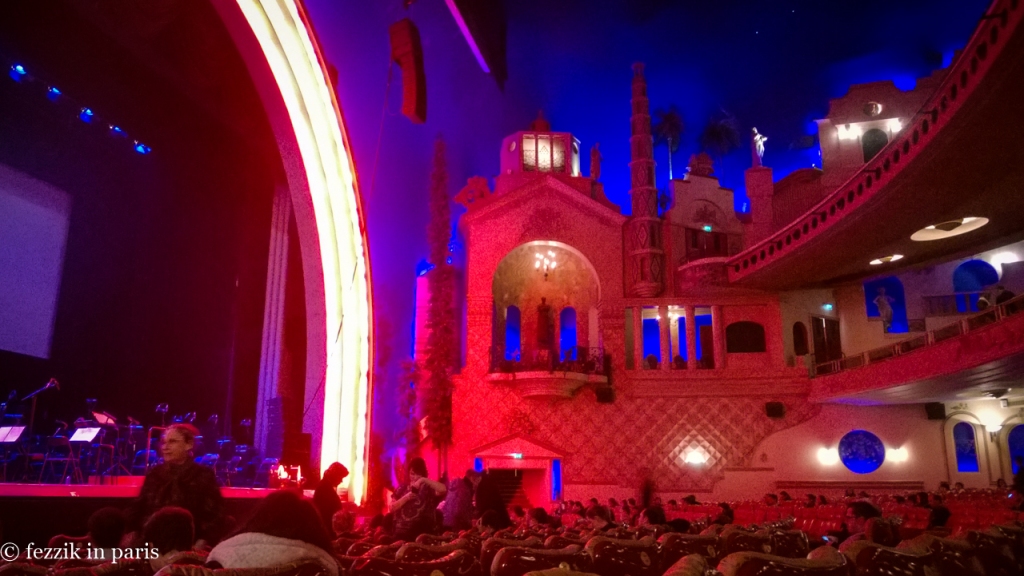 Probably the theatre in which we saw said film.