Muse played in le fan zone this past Tuesday; we were there.

The other side of the first security check; due to a shortage of female officers, the Purrito is still ten minutes behind me at this point. 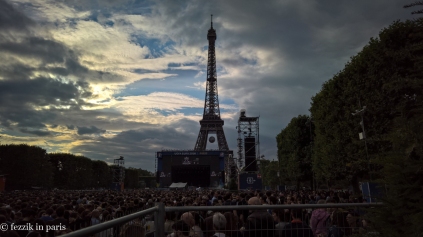 Our first viewing location, from which the Purrito could see precisely fuckall. 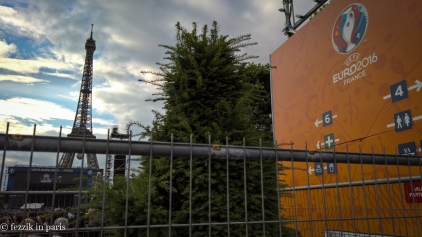 This tree was fenced in for its own protection.

We eventually ended up sitting on the ground in front of one of the large screens. This is a shot of the opening band, whose name I am currently unable to recall. 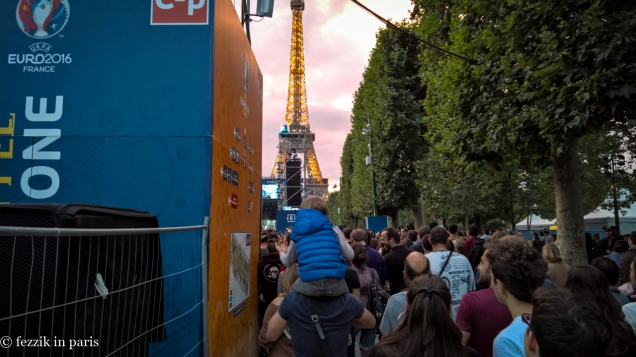 One of the pitfalls of taking a picture with your arms extended over your head: you do not realize that the picture is out of focus until much later.