Saturday’s visit to le musée de Cluny was not unprecedented; indeed, Lightroom informs me that we first visited the museum in August of 2014. In the middle of a five-year modernization, it seems almost funny to me that the museum feels better, more focused; while my original impressions were that it was less the national musée du moyen âge and more the national museum of boring medieval religious shit, the trimming of the collection has resulted in a tighter, more interesting experience, one more centered on the museum’s very raison d’être, la dame à la licorne, a series of tapestries that a) are very pretty b) seem to be highly infused with some sort of symbolism and c) make no fucking sense.

While I enjoyed my second encounter with the licorne. what sticks in my mind is the disappointment that I was unaccompanied by the Purrito; it’s been quite a while since I’ve felt quite so generally good, so I was surprised at myself when I simply hopped off the bus on the way back from the museum and decided to wander aimlessly in the general direction of home (though, in truth, I was trying to get off at a stop that would get me within reasonable distance of le bon marché – sometimes you just have to roll with the punches).

As I said, five year reconstruction. 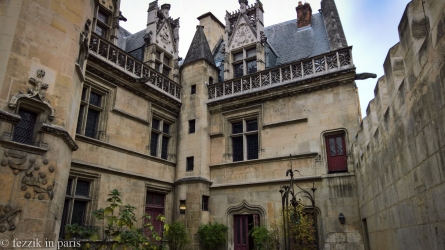 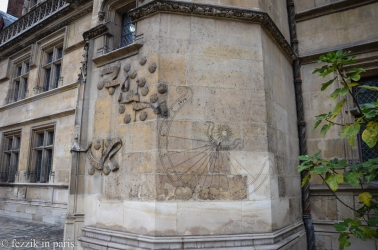 Sundials don’t work when there is no sun.

The original heads of various kings that line nôtre dame.

This is the place to go for tapestries. 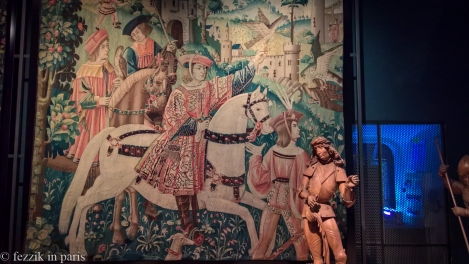 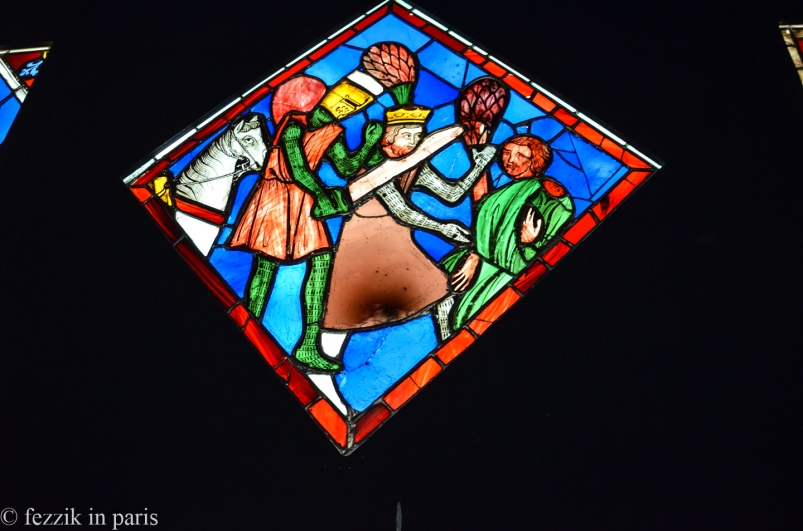 Some stained glass depicting a motherfucker getting cut. 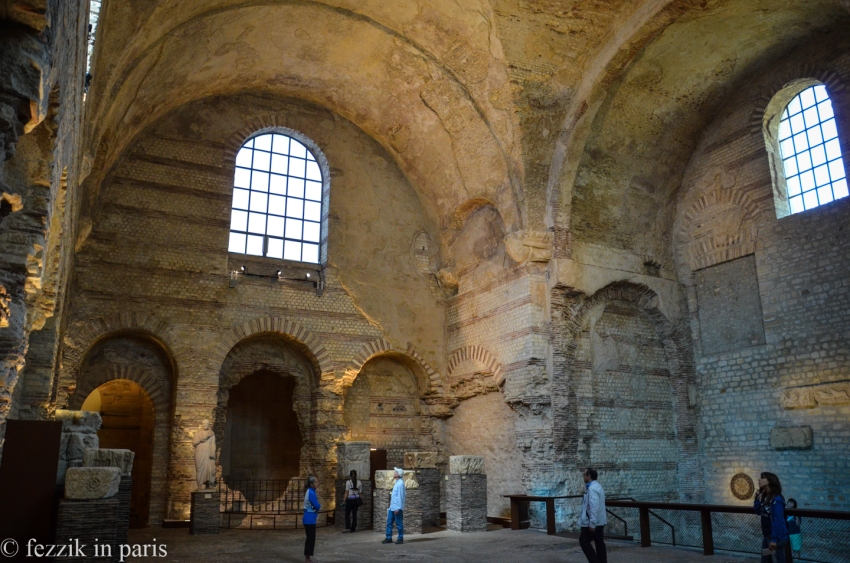 The 13th century hôtel particuliere was built over whatever was left of a Roman bath house. There’s an exhibit in the baths at the moment, so this picture is actually from when we visited in 2014. 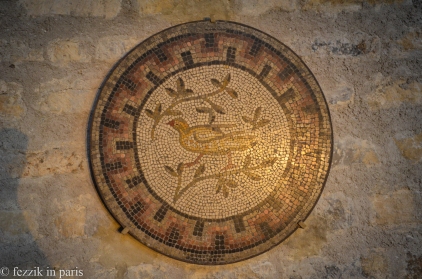 Birds in the bath.

A dead guy (no, I don’t recall at the moment) used to live continue to be dead here.