I am finding that my feelings towards Venice are difficult to synthesize.

We went in what was apparently the deep off-season, so while we traded the teeming masses for cold and wet weather, both the Purrito and I felt that the almost-haunted feel of the city, with the heavy fog and not-always-so-elegant state of decay gave us an entirely different opinion than the one we would have had if our trip had been in the middle of the summer.

With regards to art, the city, is unquestionably second or even third tier; the doge’s palace, the accademia, even museo correr all held art that is by no means bad, but is hard to engage with when we’ve seen so much better.

I don’t know that Venice really has a distinct cuisine; we ate an exceptional seafood meal at the French-named, but Italian-serving Chat qui rit, but I was otherwise confined to eating forgettable pizza, lousy gelato, and things that weren’t quite cornetti. I considered going back to Florence or Rome for a cornetto; they’re absurdly good.

All of that said, we had quite the time shopping, (illegally) feeding pigeons, visiting the doge’s palace, sneaking pictures in Saint-Mark’s basilica, finding Saint-Mark’s lion around nearly every corner, and tromping around without a single damnable automobile within 3km (not counting those stuck on the ferries cutting across the lagoon).

Unlike many of the cities we’ve been (for rhetorical purposes, Florence and Rome), I can’t picture us living in Venice; it has an aura of a city that one does not actually live in. Offered a chance to return during another off-season though, I would almost undoubtedly agree.

It’s the belle of the island, Basilica di San Marco. 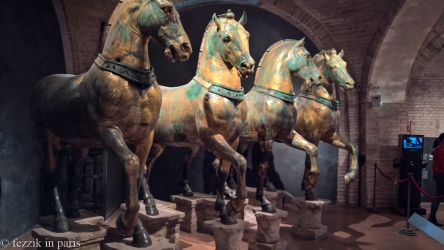 I surreptitiously snapped this picture of the commonly-stolen (hell, I’d haul them back to my hypothetical evil lair) horses.

I have to plead ignorance regarding horse anatomy (and there’s zero chance I’m going to google “horse genitalia”) but this looks more like human junk to me.

Lagoon-side Saint-Mark’s as seen from the façade of the basilica.

I was unreasonably excited to see this statue; I remember it from a middle-school history textbook.

A bookstore that has given up on being periodically flooded, hence the books in boats, bathtubs, and other floatables.

Inside the doge’s palace.

The doge’s palace is no Versailles, but they have some decent-looking ceilings. 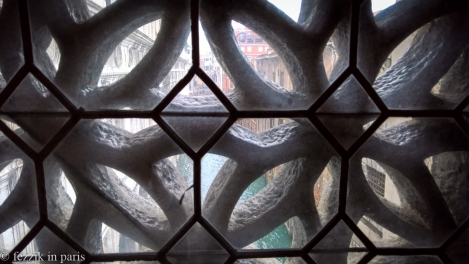 The bridge of sighs. Wrong direction though.

Icarus, my friend, don’t let your nutty old man tempt you; this shit is going to end badly.

Yeah, this is going to hurt.

I had wondered where this painting was. 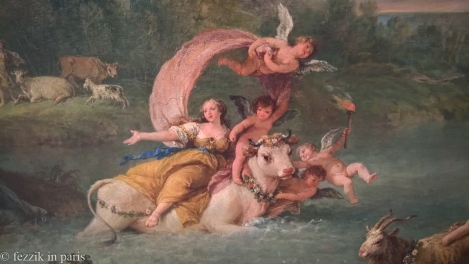 The Rape of Europa: the common thread amongst these paintings is that everyone’s expressions are completely different than you’d expect them to be. 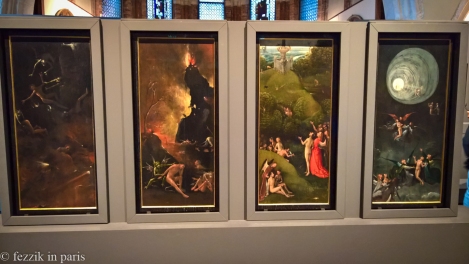 The tragically, hilariously ugly Parrocchia Santa Maria Formosa. If only any of the architects hadn’t died midway through their renovations…

At the Guggenheim: some hardcore Jackson Pollock. 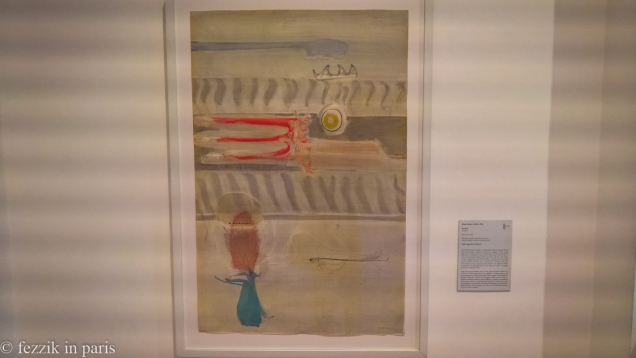 Wait. Rothko painted something other than bars of color?

He has a boner for Venice.

Basilica di Santa Maria della Salute, otherwise known as “hey sky fairy, thanks for only murdering 66 percent of the city… If we build you a nice house, could you perhaps consider refraining from doing so again?”

The interior. Lots of velvet, which seems risky when plague is involved, at least to me.

While we didn’t buy this extra-large version, the Purrito is now the happy owner of one of these gorgeous marionettes. 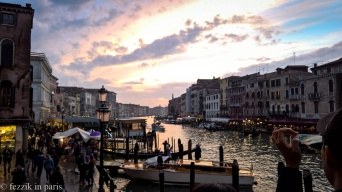 The view from the Rialto bridge. 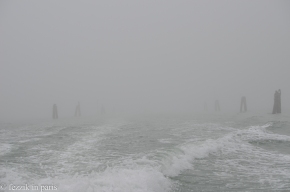