In the processed-the-pictures-but-never-quite-got-around-to-posting-them category, I have a handful of shots from a couple of weeks back in which we thoroughly raided the petit palais,

Short version: Oscar Wilde wasdisappointing, l’art de la paix was fucking amazing (they had the signed and sealed peace treaty between François I and Henry VIII, amongst other documents), and modernités belle epoque was in the avoid-at-all-costs category.

Le palais has a nice ceiling. 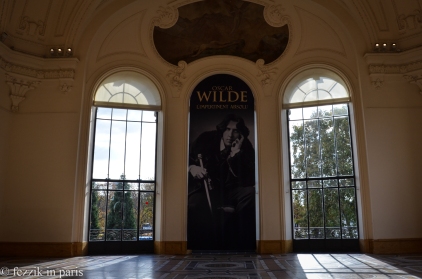 This is as much of the Oscar Wilde exhibit as one is allowed to photograph.