Two data points do not a trend make (nor even indicate), but we seem to be turning into people who show up for book signings.

Last Thursday’s signing was for Craig Carlson’s Pancakes in Paris. Under normal circumstances, I am not one to give much of a shit about pancakes, at least from a literary perspective (though the Purrito would likely question my commitment to books about, amongst other subjects, Paris (The Seven Ages of Paris and The Fall of Paris), France (A History of Modern France), the French Revolution (The Terror and Citizens), Napoléon (Napoléon: A Life), or, for something entirely different, Nicolas Fouquet (The Man Who Outshone the Sun King), but this recitation of my reading backlog is an unnecessary baring of yet another of my flaws) but I had an ulterior motive; the termination of an irrational dream.

Specifically, I was hoping the book would thoroughly shit on our idea to open a bar or a café (don’t lecture me, I know the failure rates) here in hopes of staying permanently. I am yet unable to vouch for whether the book will be at all effective at quashing any of these daydreams of ours (though the literary pub idea that we came up with while drinking whisky in Dublin sounds really fucking cool; the idea just is not solid enough to immediately sell the house back in the States and empty my retirement account) as the Purrito claimed both the dedication (in fairness, I wasn’t going to push to the front of the signing line) and the jus primae noctis for the book, though I remain flummoxed that when she not-so-laughingly inquired about franchising, we weren’t laughed out of the tea room.

Subsequent to my failed attempt to reconcile myself to whatever fate eventually awaits me should I return to the barely-veiled barbarity that the US terms a healthcare system, we took a walk through the Opéra district. Chilly, but for the most part in high spirits, we wandered to Printemps, with their disappointingly crappy display windows, and on to Galleries Lafayette, with their much better windows featuring papercraft polar bears invading and pillaging Christmas villages. 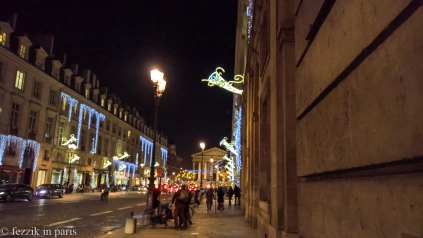 Let’s start with a blurry establishing shot in the vicinity of Madeleine. We’re on our way to Ladurée, because I’m useless without sugar. 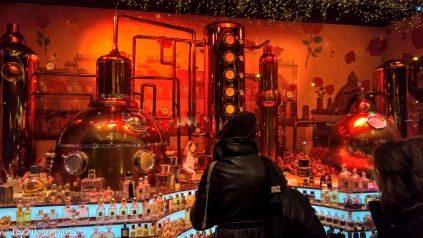 As a reformed peasant (we all have our little lies that keep ourselves going, don’t we?) who once thought Swarovski crystal was expensive, I am still regularly shocked at the price of high-end crystal.

Are Jimmy Choo shoes still a thing? I thought Sex and the City went out of vogue at least a decade ago. 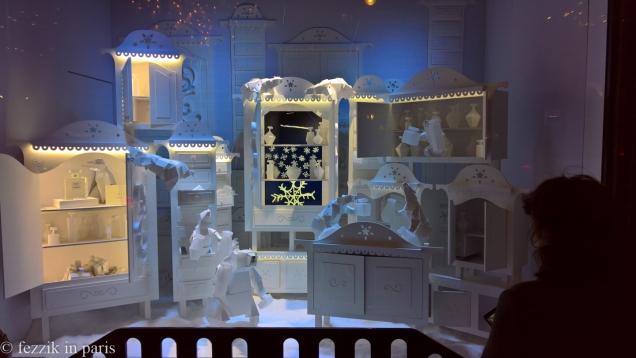 …And now we come to Lafayette and the marauding polar bears. 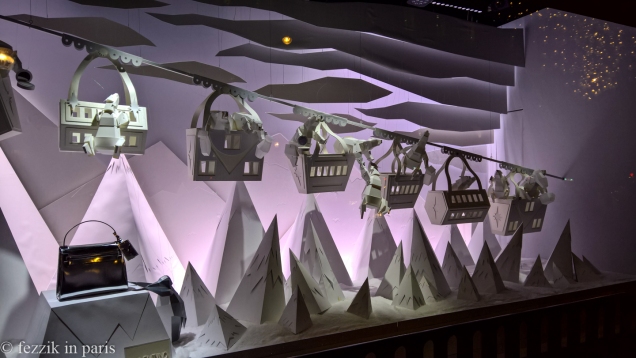 I’d make an Eiger Sanction crack. but then I would remember that I read it as a kid, and was too dumb to realize that it was a satire.

The only explanation for this scene is that the penguin is throwing the polar bear off the bridge. Penguins, it would appear, do not fuck around. 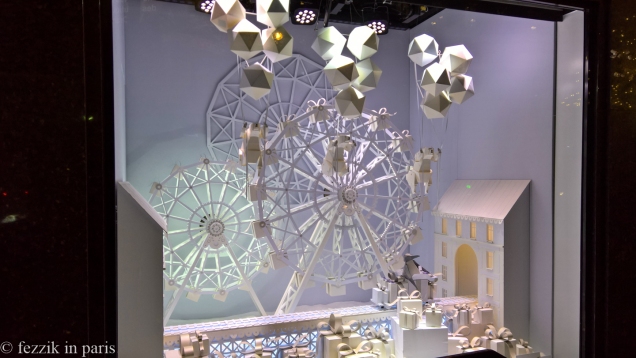 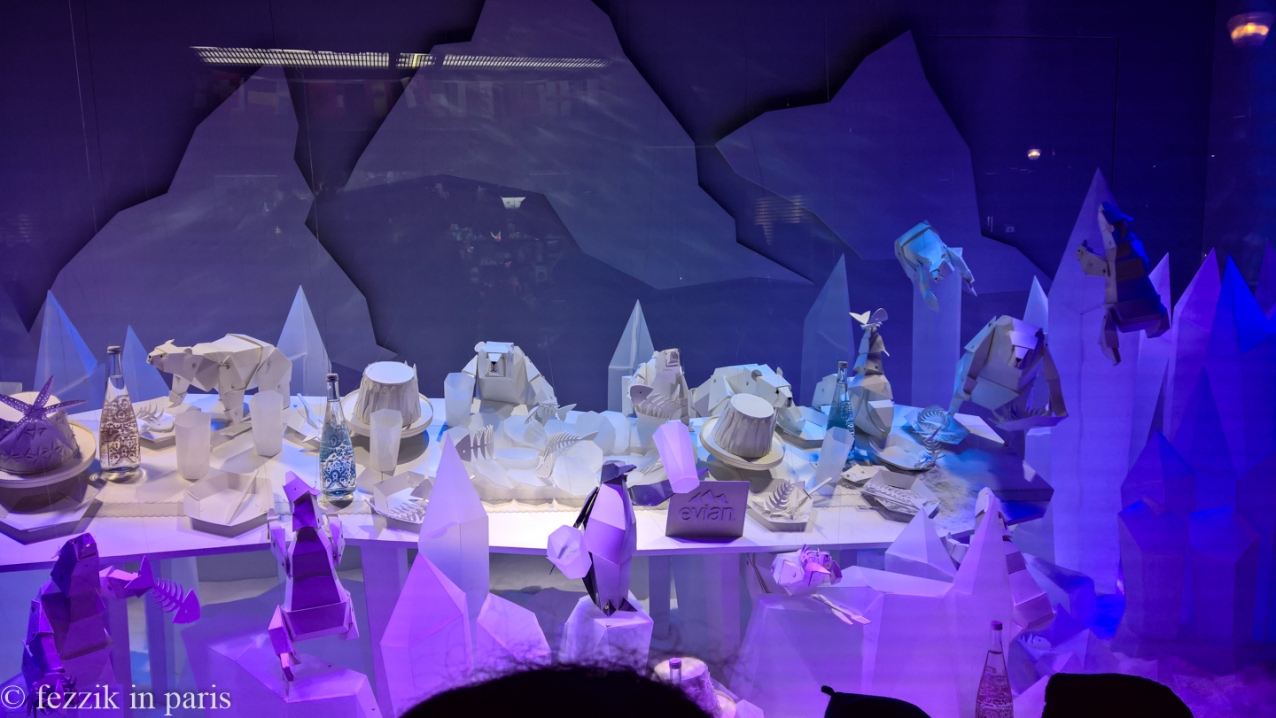 It’s not a holiday celebration unless you’re feasting on the bones of the vanquished.