Due to my partner in crime’s absence, I am unable to attest to the entertainment to be had at any of the many balls; playing dress-up isn’t any fun alone.

This isn’t to say that one couldn’t tell that we were in the midst of carnevale; in addition to the surprising number of adults in surprisingly high-quality costumes wandering about the city, I saw kids in ninja turtle costumes, college-aged people in Dark Knight regalia (including Batman, Bane, Catwoman, and other hangers-on), huge numbers of people wandering around in 20€ half-masks, and a smattering of the usual steampunk douchenozzles that seem to infest any event in which a costume is involved.

Most of the pictures come from the <em>Feste della Marie</em>, which is apparently a throwback to when the Doge would select 12 pretty commoners and underwrite massive dowries. 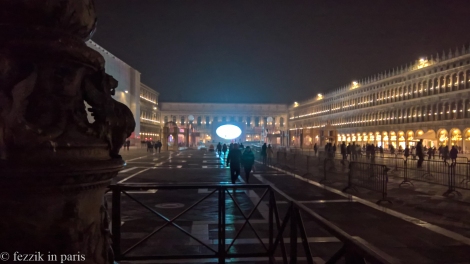 This is the most empty Piazza San Marco would be all weekend.

I find this style of mask unsettling and a bit repulsive. 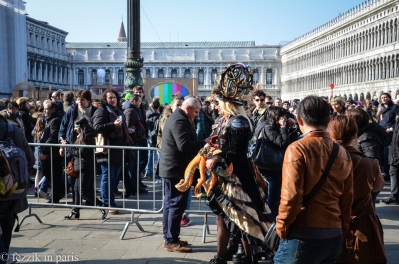 I have to doubt the effectiveness of a dog collar on an octopus; they’re capable of squishing themselves into strangle places (like coke bottles).

If you’re going to dress up later, why not wander around during the day? 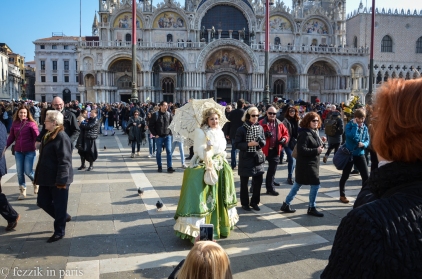 A public costume contest takes place on the piazza. 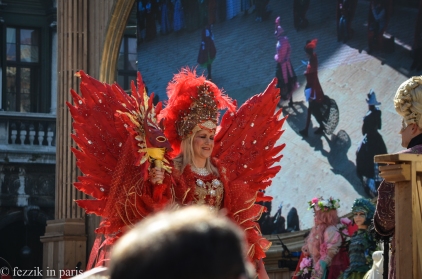 A woman with a mess of pink feathers on her head stepped in front of me; the pink blob adds to the picture, in my opinion.

This is not the best vantage point for shooting the costume contest with an iPhone. Just an observation. 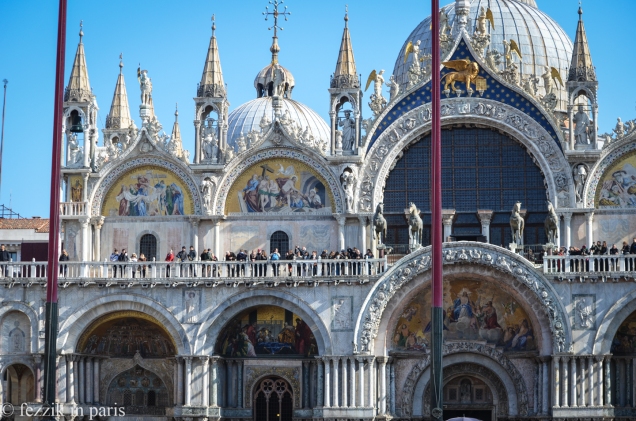 Surprisingly, I did not acquire a hat.

Band out of nowhere; they disembarked from several privately-hired boats, took up their instruments, and started playing.

Things aren’t too bad at this point… 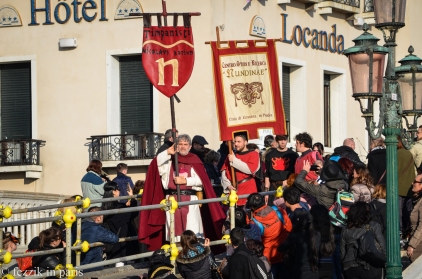 The procession is finally here. 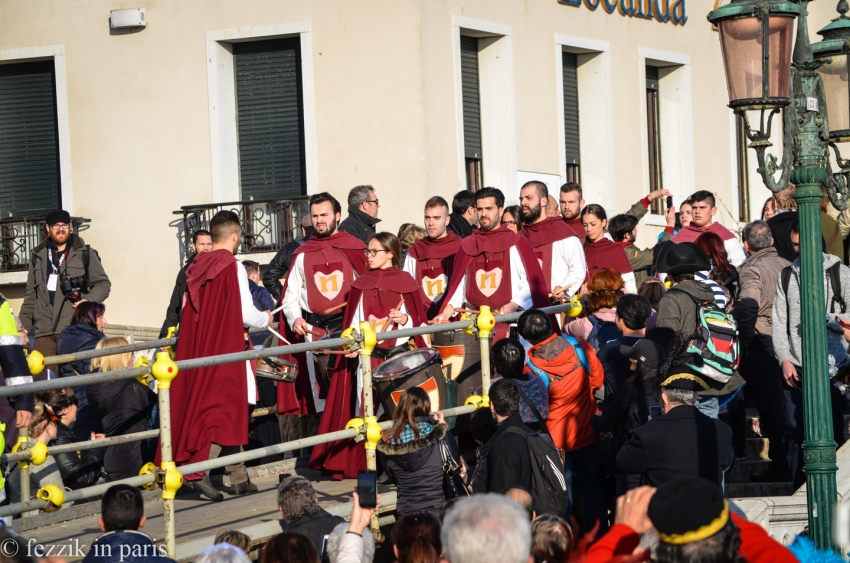 One hears the procession before one sees it; this explains why. 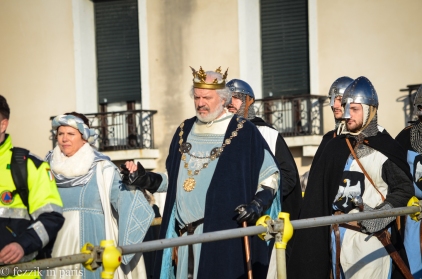 He’s having a great time. 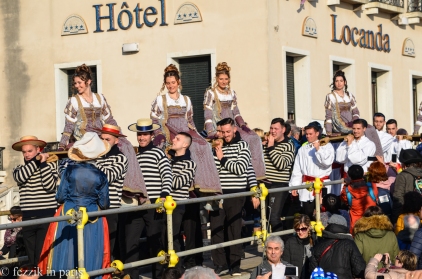 The 12 Maries are shipped in via courier. 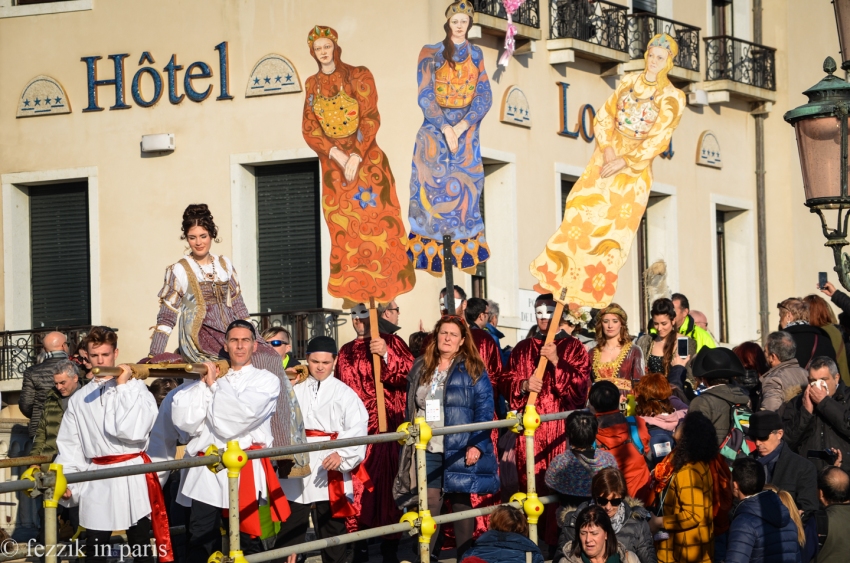 The end of the Marie-train. 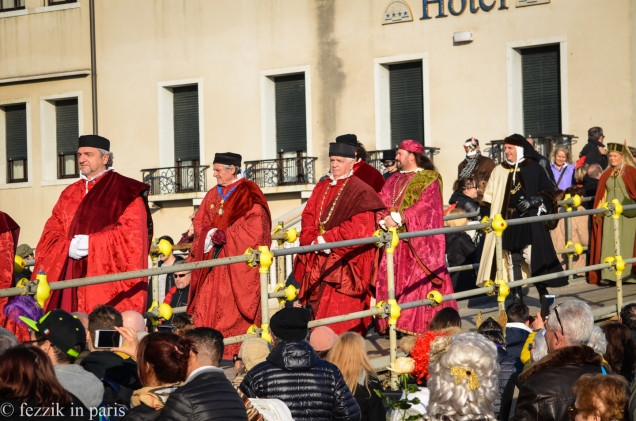 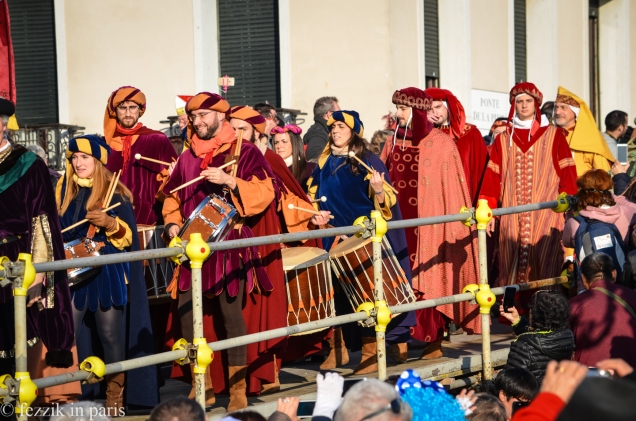 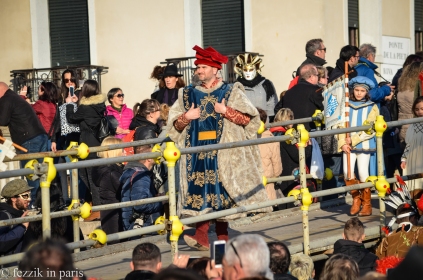 This guy appears to be important.

Now I’m wondering what all of them are looking at.

The band makes another appearance. 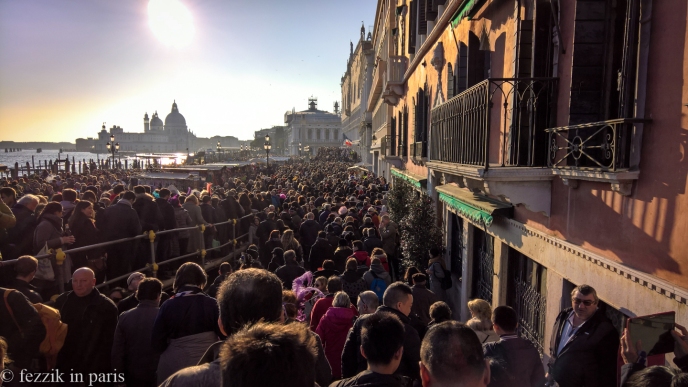