The Purrito keeps a small navy blue notebook, its cover adorned with ship’s anchors, on one of the bookshelves in our living room. This notebook is home to The List; while lists aren’t by any measure rare in our abode (particularly considering that I run my life off of post-it notes), both of us know that if the directly proceeds list in a conversation, it is this document which will be consulted, modified, pilloried, or in rare occasions, simply ignored.

The List dates back to the early days of our official expatriation to Paris; not being used to having any sort of cultural activity at our disposal (the less said about the Museum of Fine Arts Houston, the better), we quickly found ourselves expressing interest in a given exhibit or museum, forgetting about it, and then being disappointed when the exhibit was no longer open. Thus was born the list, and we’ve fed it with places that we’ve seen while wandering, places we’ve read about, places mentioned in Wikipedia articles on French history, places mentioned by friends and co-workers, and places that bother to put up posters in the métro (which, to be honest, is probably the primary source of activities for The List).

List activities tend to be one-per-day; unless it’s terribly curated (Petit Palais, I’m still looking at you) or in the same building (the Grand Palais), we tend to take our time, read everything that they put up on the walls (or attempt to, depending on how much English text is present and how advanced the French explanations are), and stare at whatever it is we’ve just paid to see. After that, we’ll usually wander off, eat lunch, purchase food for the evening, and acquire some wine (portrait of la belle vie: fezzik in paris style).

As the city remains in the clutches of tourists, we’ve been avoiding effectively all of the better-known sites and knocking the smaller places off of The List. Saturday proved to be particularly productive (not that weekends really need be productive) as we found ourselves between the Saint-Germain and Luxembourg areas, and thus completed three objectives:

Had Ladurée been closer (or even on the correct side of the river), it could have been the most productive weekend ever (consumption of macarrons is always an objective).

A centaur on the way to Saint-Sulpice. 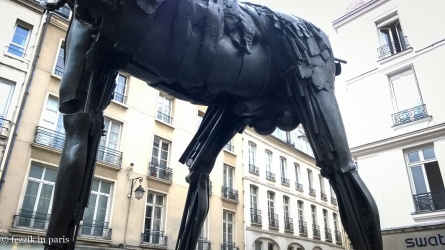 Centaurbls. Per this statue, centaurs have two rib cages and thus two sets of junk. 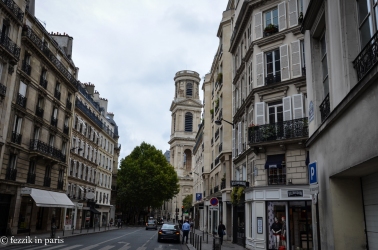 (…I will only complicate you…)

(…why can’t we drink forever…)

(…I will work to elevate you…)

(…shrouding every step I take…)

(…just enough to bring you down…) 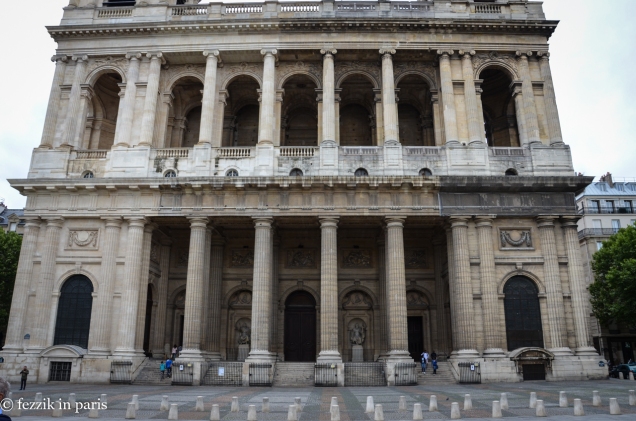 (I’ve come to the limit of my memory of Sober, so back to boring captions) The lower ediface.

Look at that vaulting. 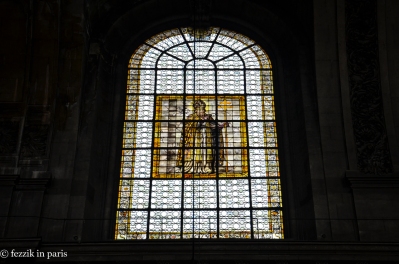 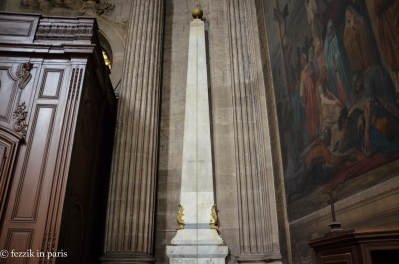 Oh shit. Now we have to drink heavily and re-watch the da Vinci code.

I like to think that the sheep is going off to shank somebody.

The main chapel at the rear is ornate. 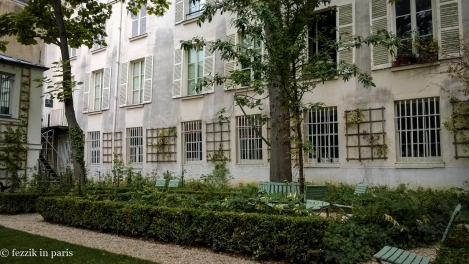 Not a bad view.

A pigeon in the garden adjacent to Saint-Germain-des-Prés. 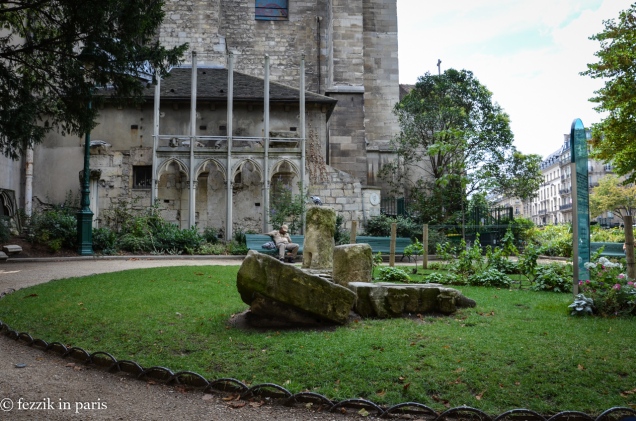 It’s a nice garden. And an incredibly old building. 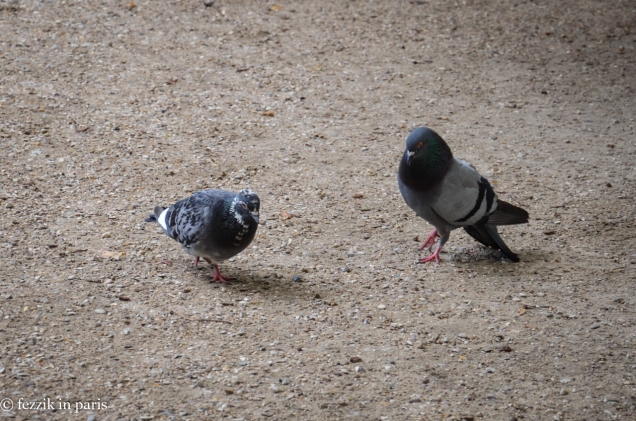 Per the Purrito: they’re testing cleaners that will be used during the impending restoration. 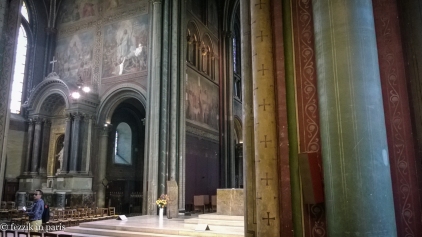