The Purrito and I found ourselves once more (this is visit the third; we’re now almost as comfortable in the ‘Dam as we are in Rouen) in Amsterdam this weekend, drawn by the promise of SAIL 2015. SAIL is a nominally-tall-ship-oriented boat gathering that happens every five years. In practical terms, it’s a number of huge sailing ships tied up at the docks, a number of moderate-sized sailing vessels floating around, masses of ordinary people with their pleasure boats of varying sizes, and a scattering of small military vessels, random workboats, and the hapless normal ship channel traffic desperately trying to claw its way through the flotilla parading around the IJ waterway.

Seeing as we spent effectively all of our time walking around boats or camped out taking pictures of boats (thank you sea captain from our second visit, who introduced us to what would turn out to be the best vantage point of the weekend – a small alcove near bagels and beans), I’ll shut up and let the (ridiculous number of) pictures continue the post. 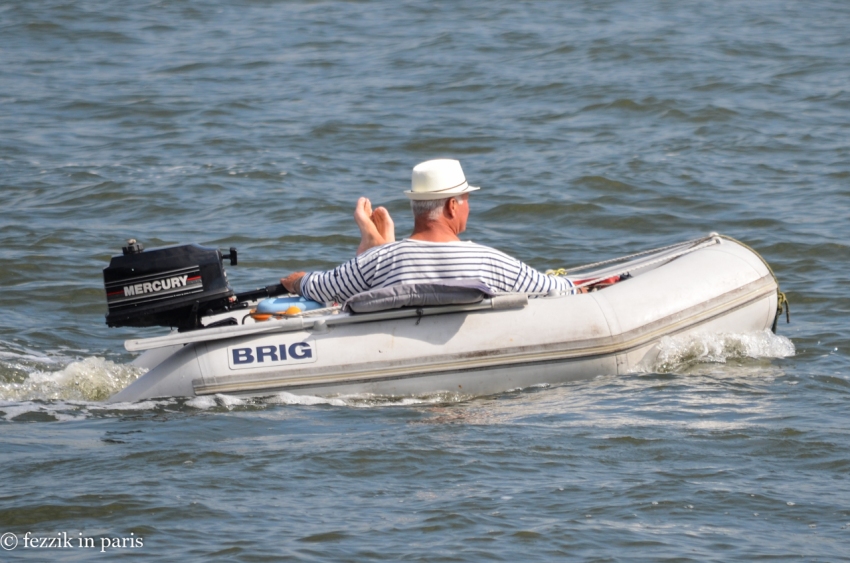 There were little boats… 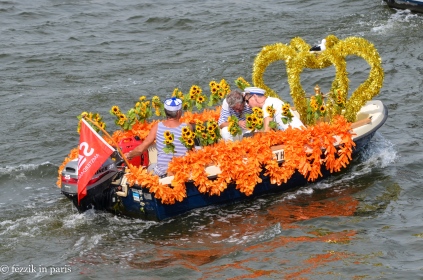 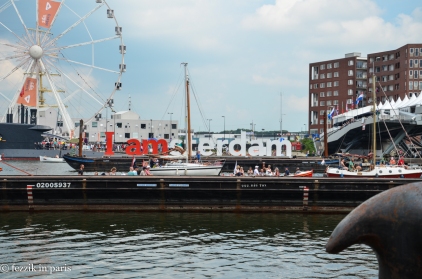 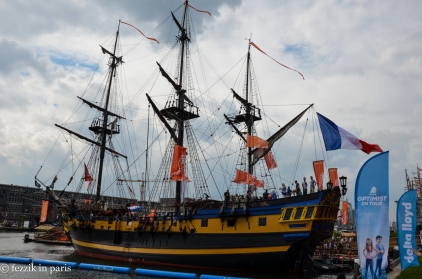 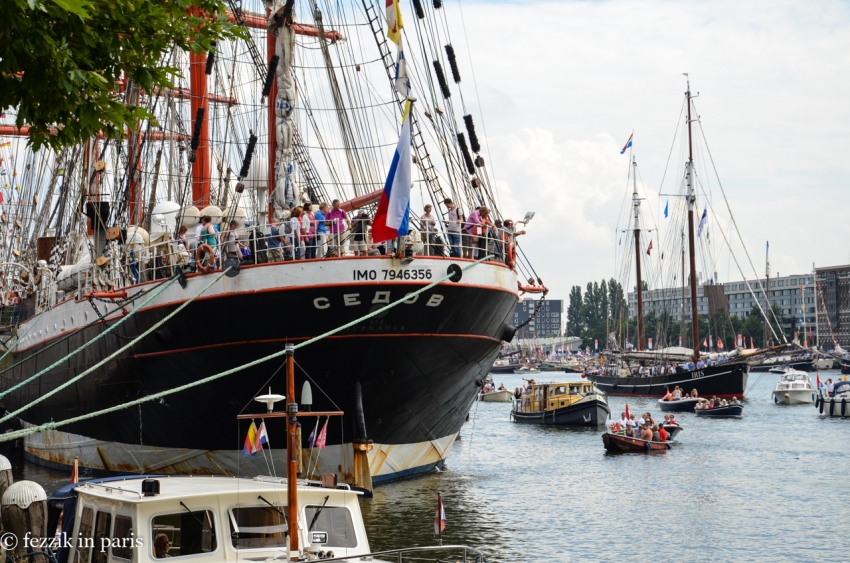 I believe that this was the largest sail-powered vessel: a disturbingly large Russian specimen. 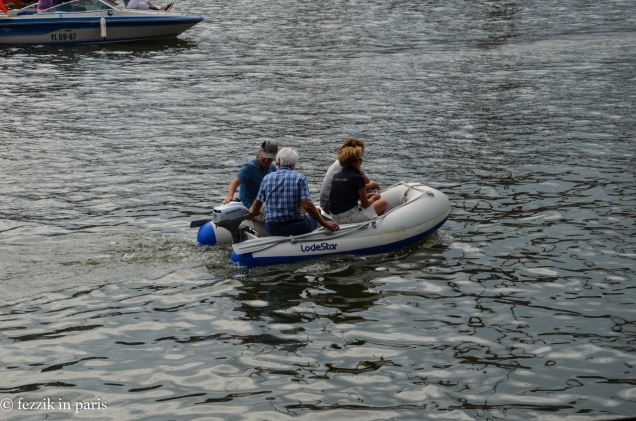 Not all of the pleasure craft were luxury yachts. 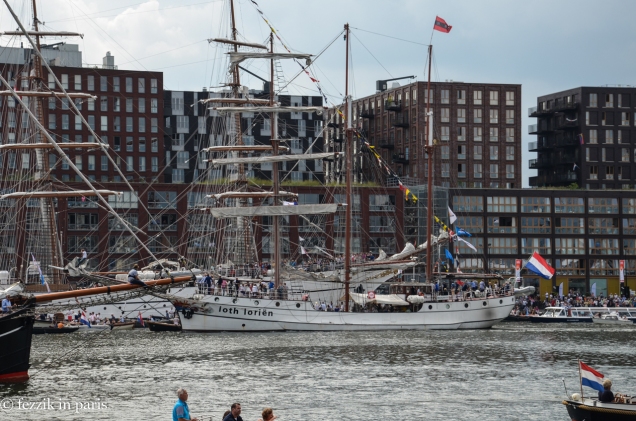 The range of sizes of Dutch flat-bottom-barge specimens was impressive.

The navy had a warship and a submarine.

The Eye makes for an interesting background.

Somebody lost their cabbage. It was tragic.

The pedestrian drawbridge that takes us to the “island” on which Bagels and Beans is located. 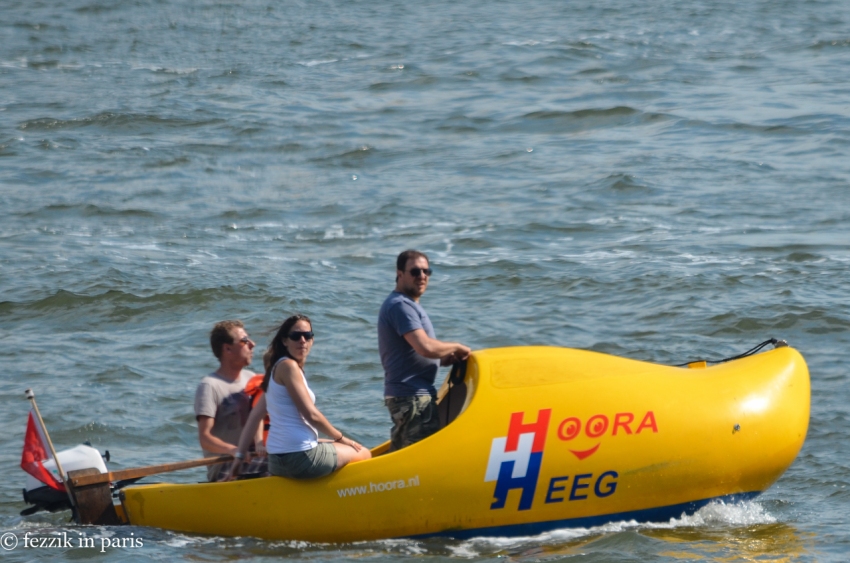 We saw the shoe boat! 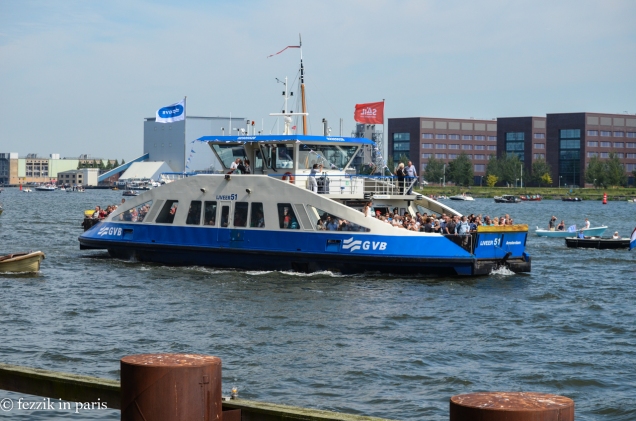 Fortunately, we decided to camp out at and then near Bagels and Beans on Saturday as opposed to taking the ferry across the harbor per our original plan. 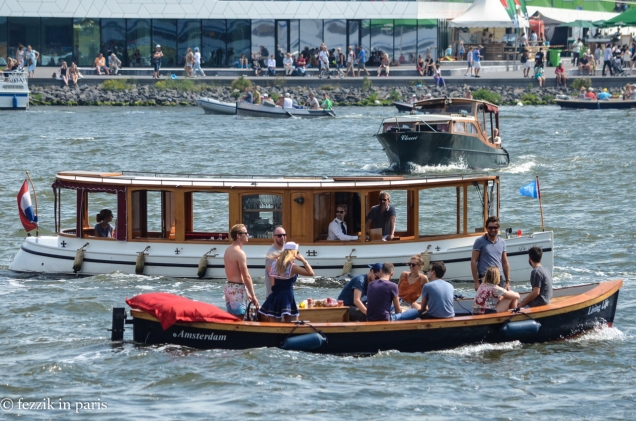 That boat has a bar. It’s (theoretically [drinking and boating sounds like a recipe for disaster to someone with a very sensitive inner ear]) awesome. 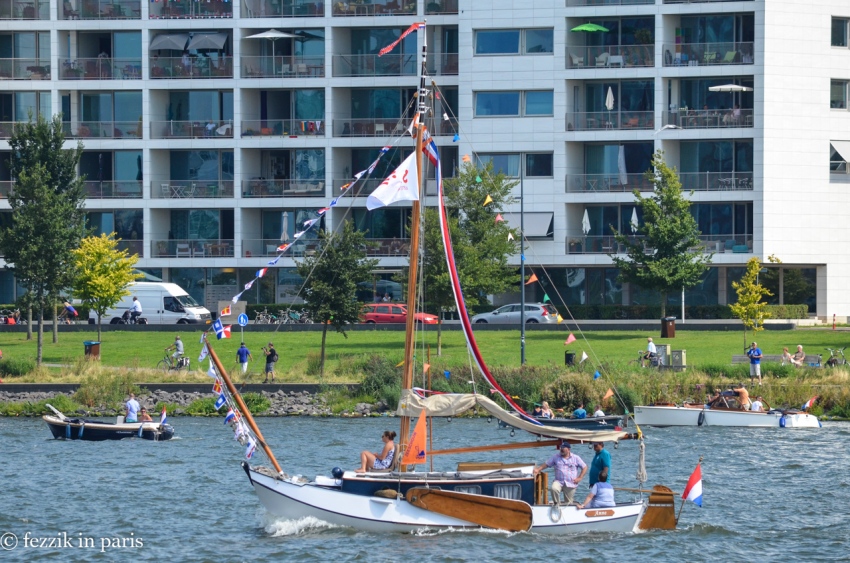 We both agreed that we wouldn’t mind having one of these barge replicas.

This was the Purrito’s favorite boat.

The streamer was tied down; it certainly would have trailed far behind them, given the wind on Saturday. 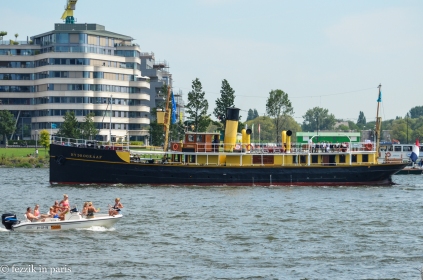 What’s this? another buoy?

The waterway was not shut down; tugs ran interference for the cargo boats just trying to get through.

A cargo vessel, just passing through. 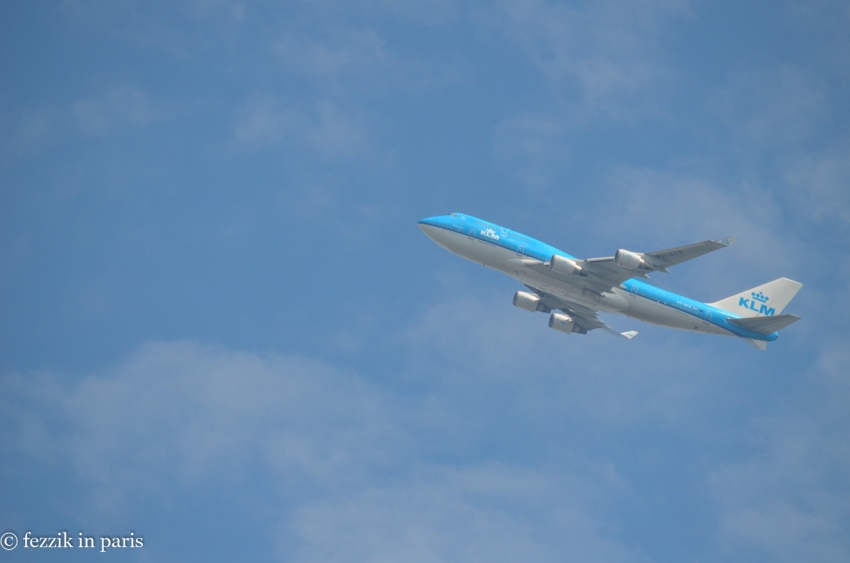 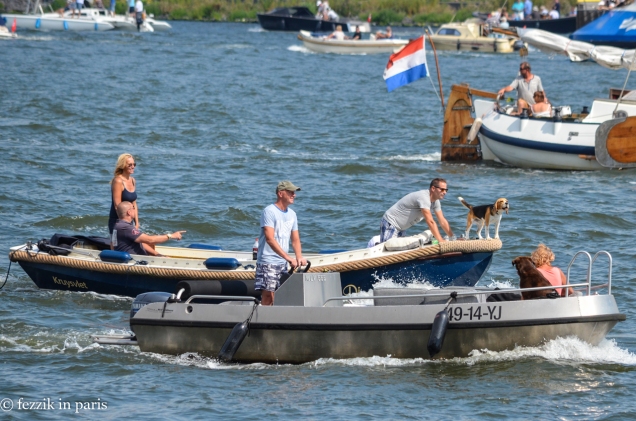 The saga of the angry beagle, Chapter One: barking at a dog in another boat. 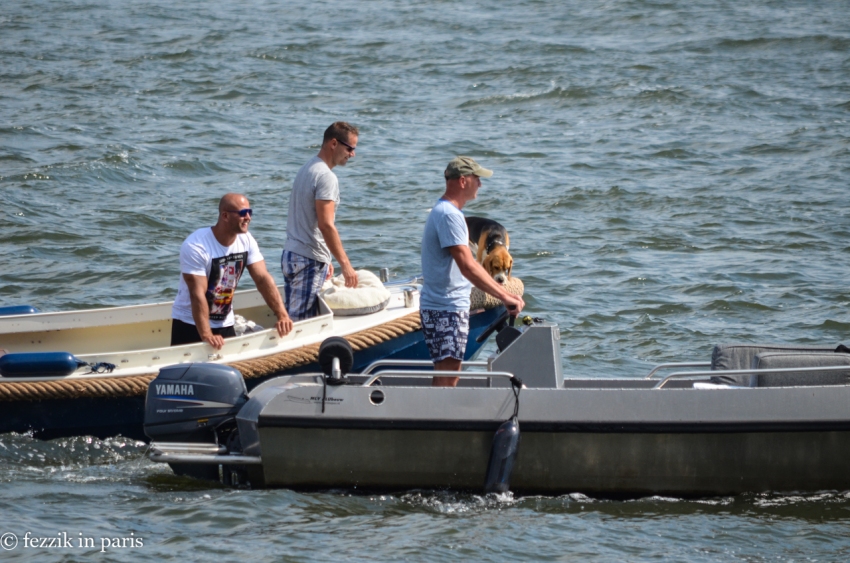 The saga of the angry beagle, Chapter Two: moving to board the other vessel.

The saga of the angry beagle, Chapter Three: boarding action thwarted, the beagle considers tossing himself into the sea.

The saga of the angry beagle, Chapter Four: fighting the eternal fight against his owner. 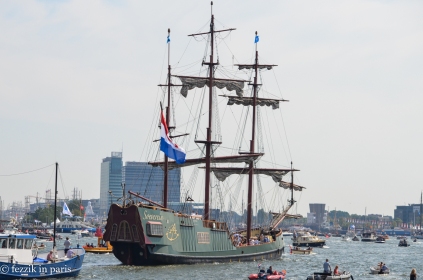 It’s almost a tank with sails.

Lifeboats were a popular choice.

It’s all fun and games until the cops raid your bar. (No actual raiding ensued; it appeared to be a friendly chat) 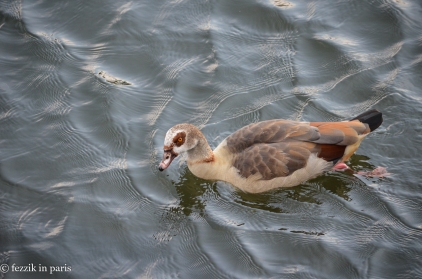 I hate paddlewheelers (they remind me of living in the South). This one is colorful, though. 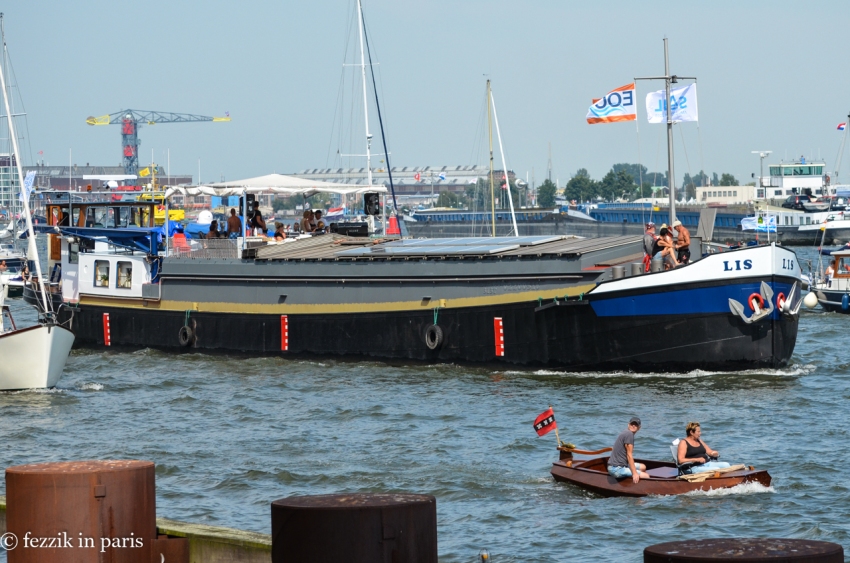 “Hey honey, do we have a cargo run to make? No? Awesome, we’ll cruise around SAIL for a lap or two.”

One of the smallest examples of the Dutch boats. 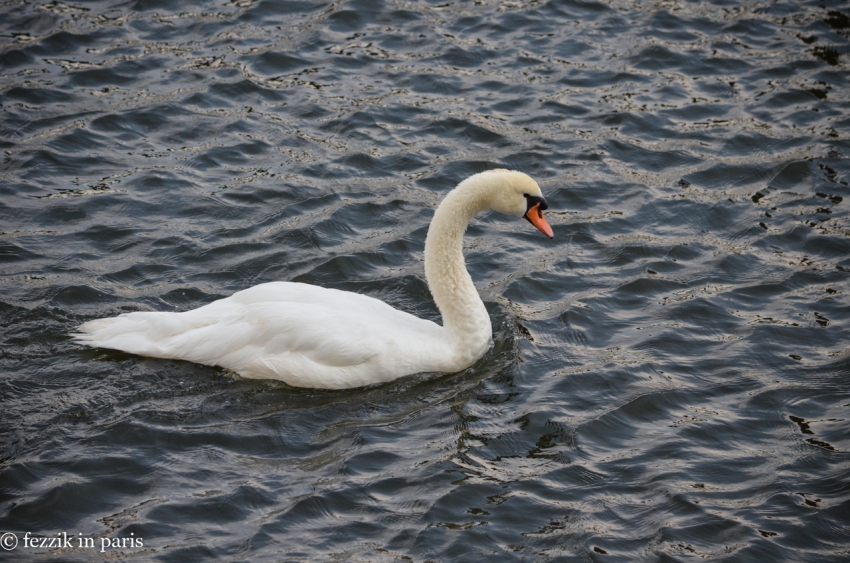 A swan, looking for something to beat the shit out of. 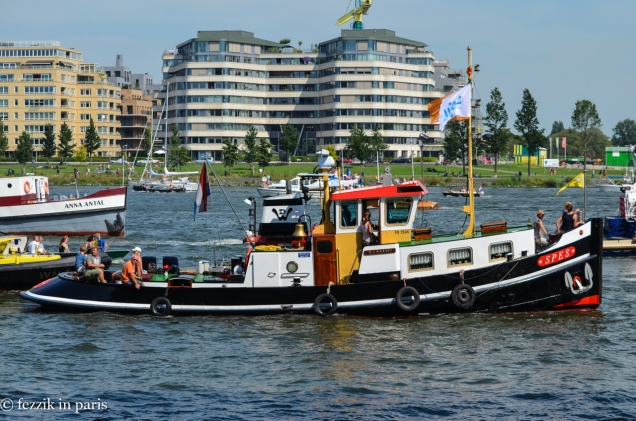 The Purrito found this thing listed for sale on a vessel broker site last night. This is a seriously luxe tugboat.