Having learned our lesson last year (Saturdays should be considered no-go days), we attended the 2016 version of the Salon de l’agriculture on Sunday, and had a much better time for it.

While the crowds were still significant, we were able to wander through areas which we’d had to bypass last year due to the amount of human traffic, though an entertaining feature of our choice of days proved to be what we termed the cow parade; those of us in the dead space between point A and point B were periodically herded off to one side to make way for small groups of cows that were being led to the various competitions. I feel compelled to report that in addition to the irony component (we’re moving up from Alanis-level irony to actual irony, which I view as progress), I learned that among the cowherds, there’s one poor bastard that is responsible for wiping the cow’s ass after it shits on the floor as it’s making its way down the aisle.

I admit that I’m somewhat traumatized by this newfound knowledge.

Highlights of this year’s show include:

Given the opportunity, we would undoubtedly return. 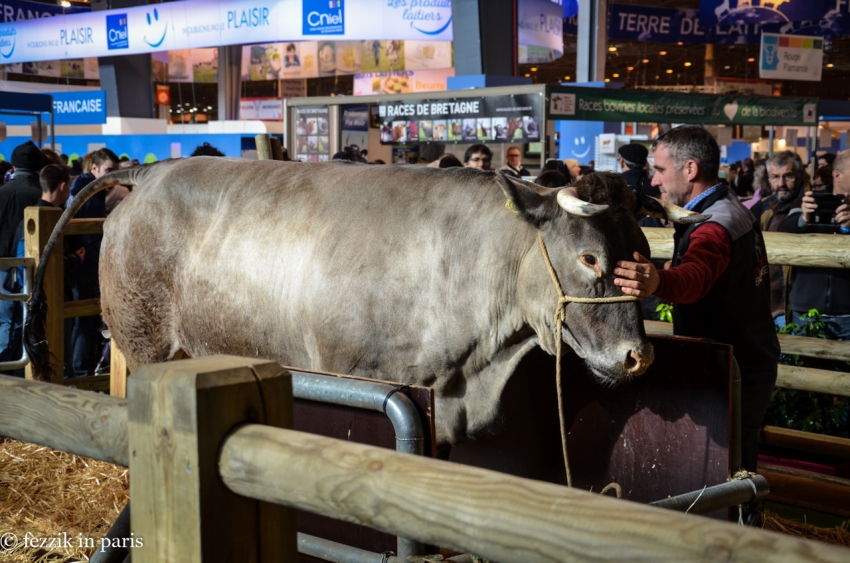 Cerise, this year’s belle of the salon. 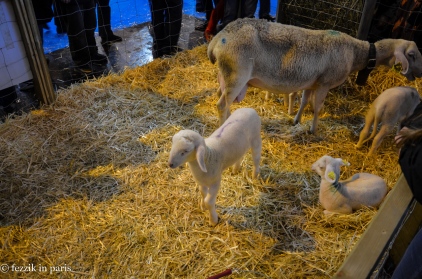 These things are almost indescribably soft.

The cow in the middle appears to be sporting fake eyelashes.

This cow saw some shit in ‘Nam. He’s probably standing in a not-insignificant pile of shit, too.

I’m not sure as to why this picture is noteworthy. I may have been impressed with the cow’s spots. 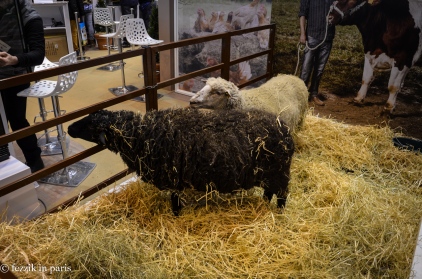 Per the very enthusiastic girl that talked to us after I took this picture, this is a rare breed of sheep whose numbers are decreasing and who are very personable as sheep go. 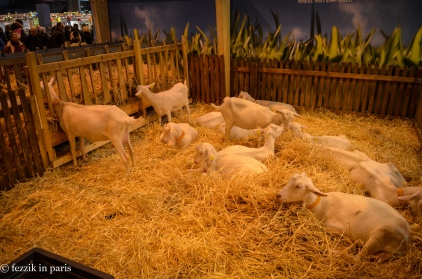 This goat has those stereotypical Dark Lord™ horns. 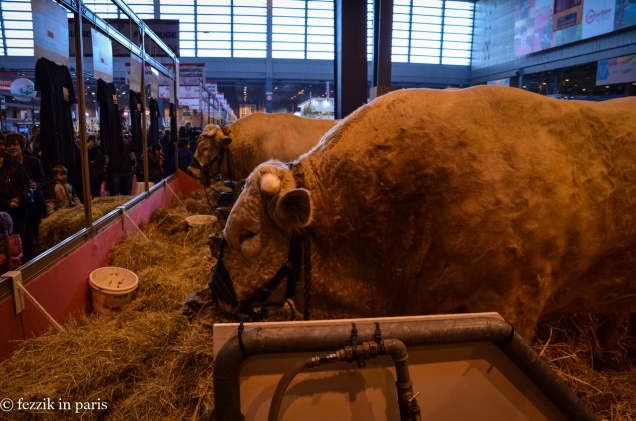 I for one have quit giving a shit about robot overlords. 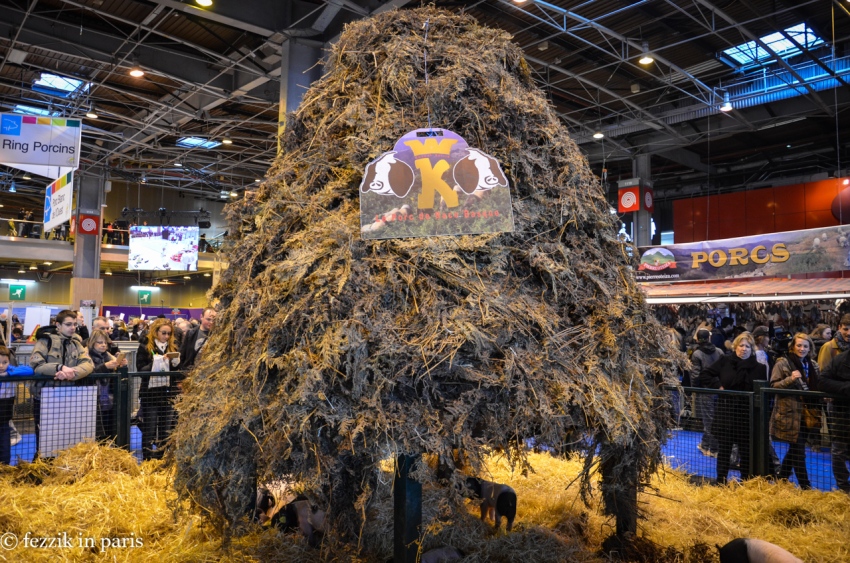 A tree for pigs? I don’t know; the smell made me want to vomit. 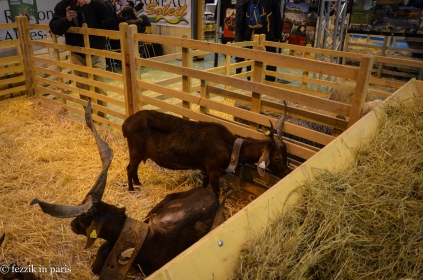 The crazy-ass horns caught my eye. 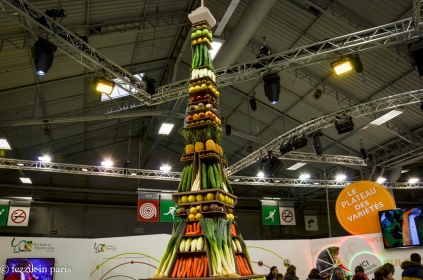 You can buy these things in colors other than John Deere green. Who knew?

The egg made things in this cage incredibly awkward.

Oh joy, they have vile shit machines on display as well. 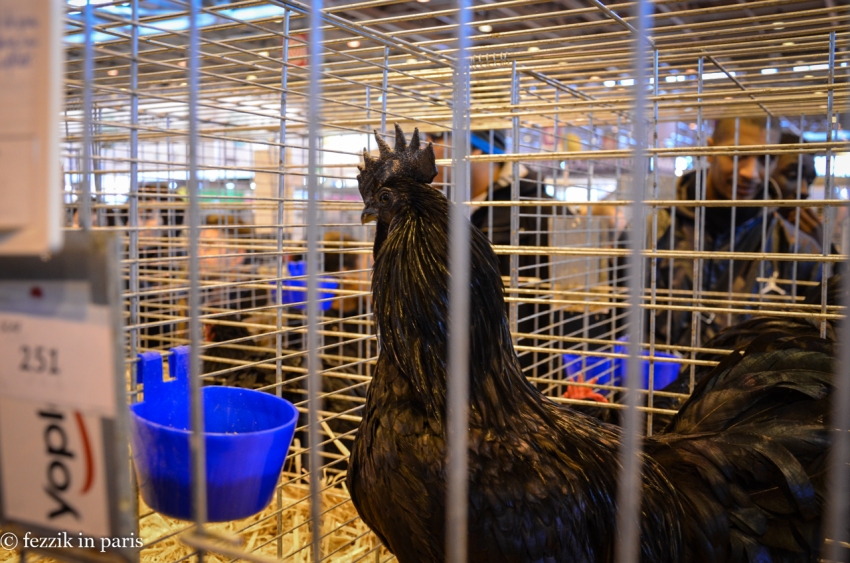 This is what Sauron would look like if Sauron was a chicken. (Per the Purrito, Sauron-variety chickens are on our to-eat list) 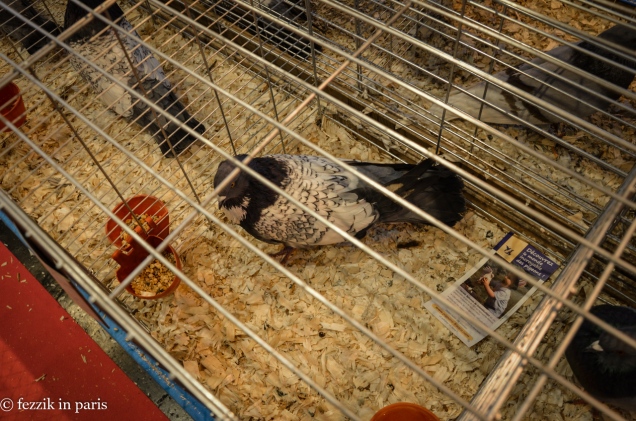 I almost bought a shirt with a similar pattern. 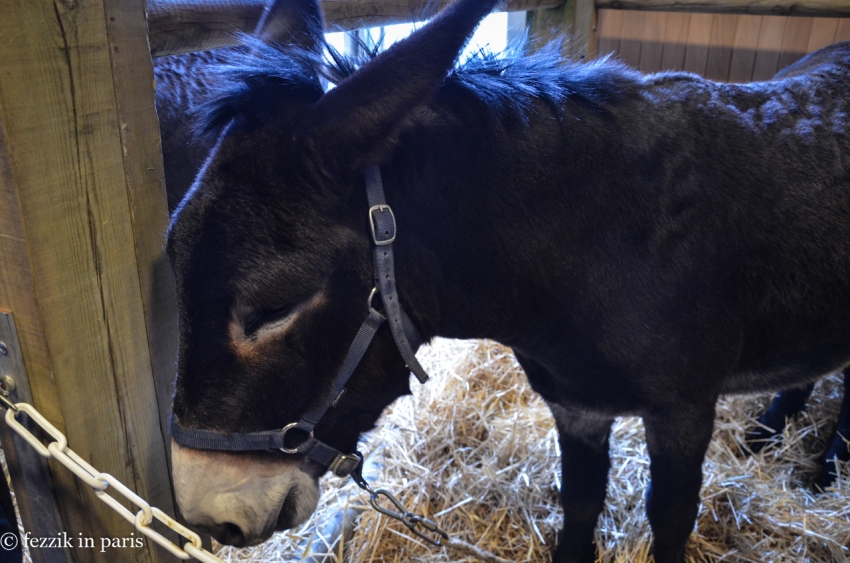 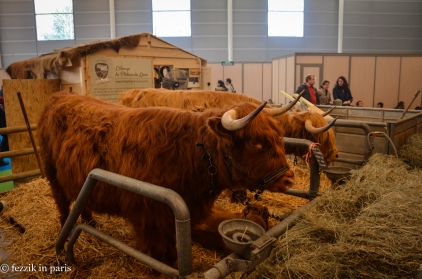 I wonder how these cows would look if they were to be shampooed and then blow-dried. 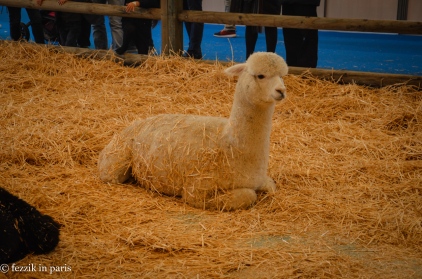