Last Saturday’s return to Versailles (note: technical difficulties have ensued. confession: I bought a “One Year at Versailles – Duo” membership for the two of us) was spent on the cusp of perfection. Having been thwarted from going last week by heat and a sick Purrito, we managed to make it to Versailles in time for the exhibit that we wanted to see: Versailles et l’independence americaine.

While the exhibits at Versailles are normally very well curated, and while this one contained a number of nice paintings, primary documents, and the odd musket or two, its focus was the military involvement of the ancien régime which, while massive and nearly entirely ignored in the US, is perhaps less interesting than the political and financial support, and the reasons behind said support (I somehow doubt that the infamous Texas history textbooks would be willing to posit that the revolt of a relative backwater of a colony was successful largely due to the interest one empire had in poking another empire in the eye).

Despite my intentions for this post to be about our wandering through the gardens, I now find myself hesitant to write about it; the memory is so pleasant, the associated feelings so warm, that I fear documenting the experience may sully it.

When I was in sixth grade, as part of the admission process for the middle school/high school from which I would eventually graduate, I had to sit for an interview. For one of the questions, I was asked to describe a perfect day. I am unable say what the actual version of a perfect day would have been for me at that time (though I suppose it would have involved being left alone to read somewhere), but I do remember feeling that the question was an important one, so I tried to imagine what a perfect day should have been to me (read: I lied): I said I’d go hiking (I never went hiking) with my dog (I hated that dog) in the mountains (even then, mountains were cool with me). Pressed for specifics about what my perfect lunch on this perfect day would be, I lied again, though less interestingly, in retrospect: I said I’d eat a bagel (rubbery, having been defrosted (per my mother, bagels were to be stored in the freezer)) with cream cheese (eh) and ham (Oscar meyer, which I would still despise if it was not for the fact that I don’t eat pork).

Wandering with the Purrito through the gardens of Versailles with the grass still green, the flowers blooming, the statues yet uncovered, the fountains flowing, was a day as close to perfection as I can imagine, even in spite of the rain, the crowd, the ticking clock (we had to depart in time to get to Tosca), and the desire to just stay for a while longer.

It was a perfect day, and one that I would never have seen coming, one that it never would have occurred to me to conjure out of thin air.

Oh, and Tosca? Tosca was pretty damn good, too 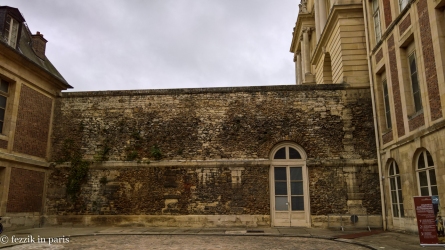 This is as much of the exhibit as I can show, as pictures inside were verboten. 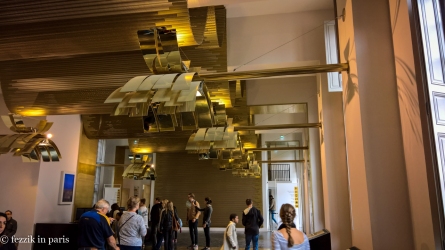 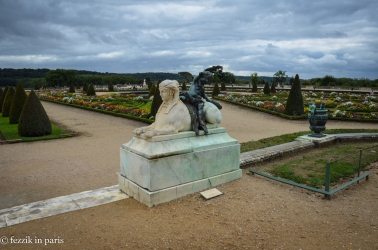 We certainly had not wandered into this side of the garden before. 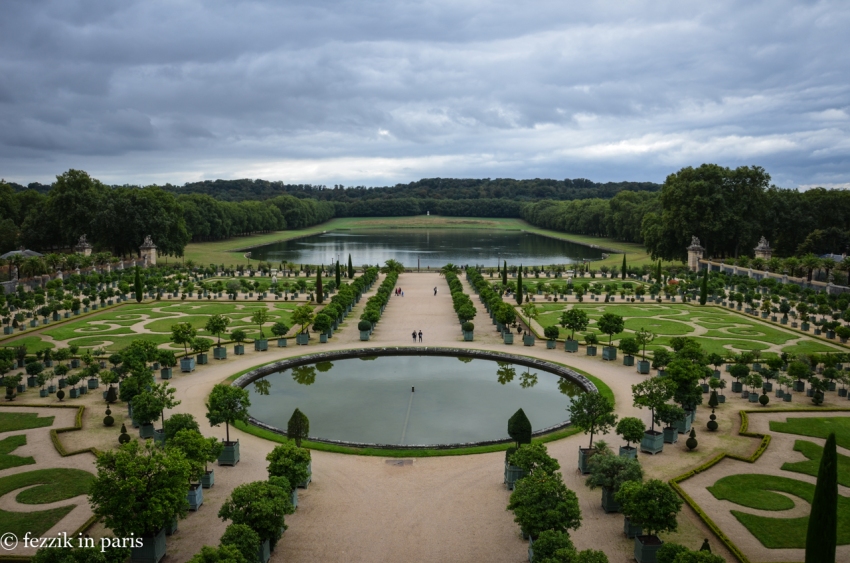 Oh god, how could we have missed this on our previous trips? 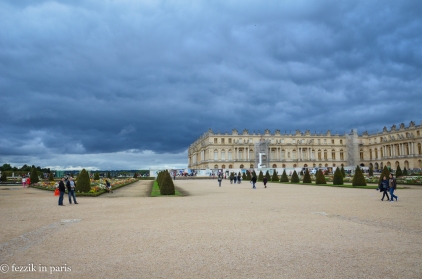 It rained here and there. 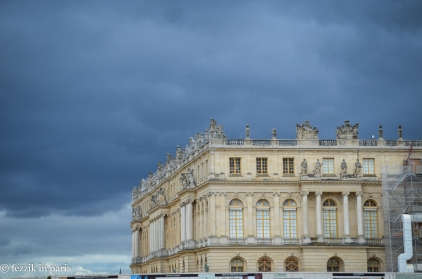 Were I not so lazy, I’d draw a parallel between the gathering storm over the chateau and the painting of the beast of Gévaudan (see the musée de la chasse post). 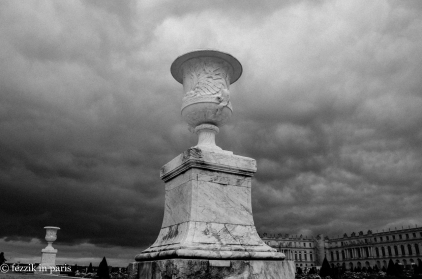 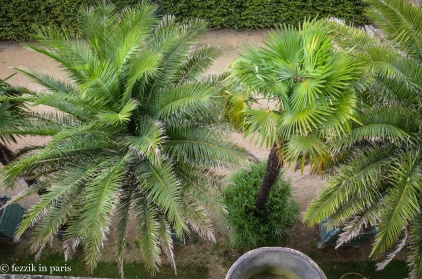 If I wanted palm trees, I’d go back to fucking Texas. 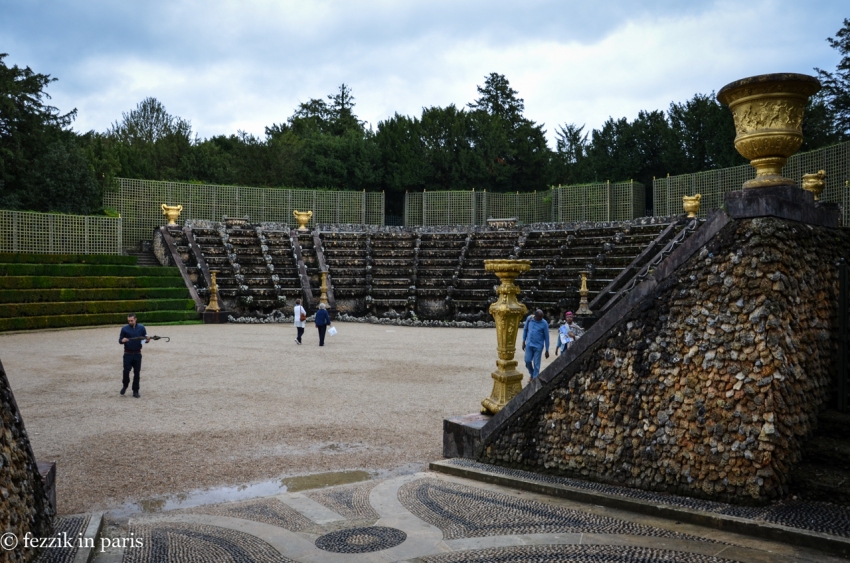 It’s the arena from A Little Chaos. 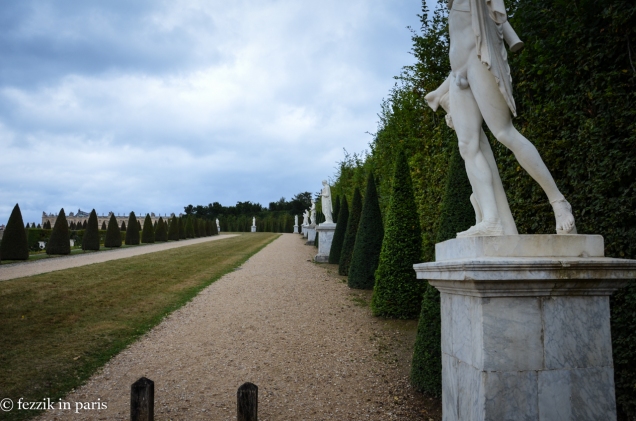 The statues were uncovered. 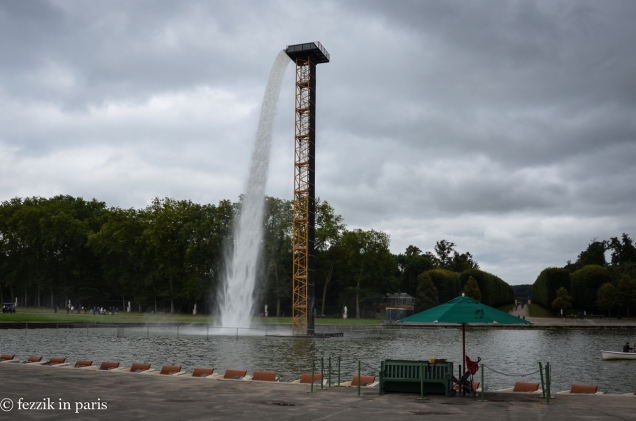 Ólafur Eliasson’s (Not to be confused with Ólafur Arnauld, whose music I am currently obsessed with) large art installation. 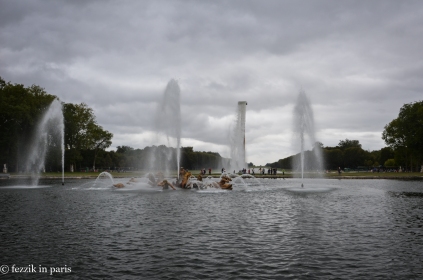 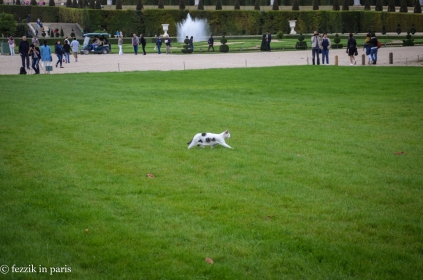 It’s a chat de Versailles (it’s my damn blog, so no, I’m not leaving). 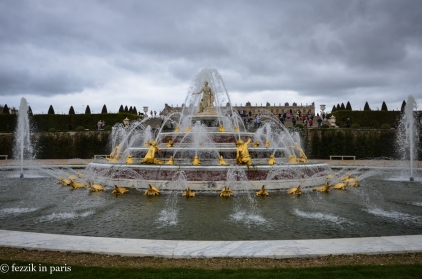 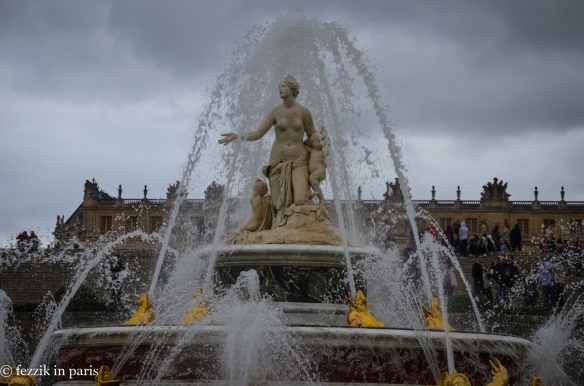 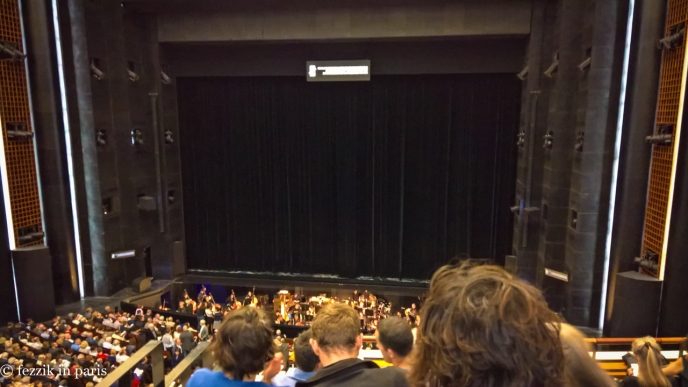