I am referring, of course, to the twenty-year anniversary of Diana’s death, which occurred on Thursday.

We happened to be wandering that particular evening, so I have photographic evidence.

The crowd was larger than usual.

The conveniently-placed (it predates the accident) torch. 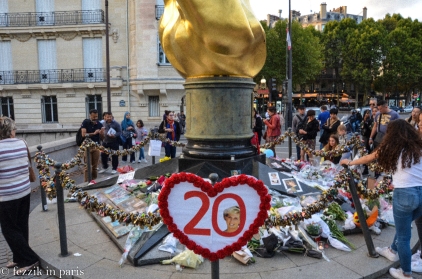 I know this is wildly inappropriate, but the 20 sign is unintentionally hilarious; it’s Diana-as-Kool-Aid-man.