Were I forced to make an assessment of the past couple of weeks, I would provide a single-word response. “Clusterfuck,” I would say, and then I would complain about how asinine asking me to sum up an arbitrary period of time is, because that’s typically how I respond to being asked to do these things.

Suffice it to say that The List has become more of The Suggestion Box, and unless you’re in HR (and thus paid to lie), you can nod your head in agreement as I note that approximately fuckall has ever been done in response to anything having to do with a suggestion box.

My camera has been largely neglected with the exception of last weekend, when our end of the city (Paris proper normally being a no-fly zone unless it’s something bad or a news chopper following the final stage of the Tour de France) served as the backdrop to a helicopter that will apparently be present in the next Mission: Impossible film (number 6, as per IMDB). 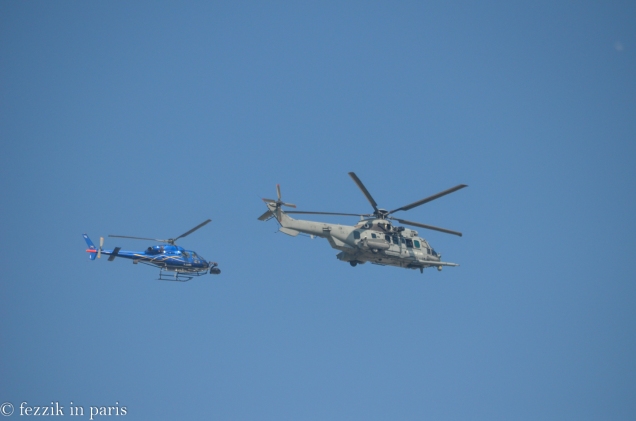